Homebase hammered over unpaid labour at its Willesden store 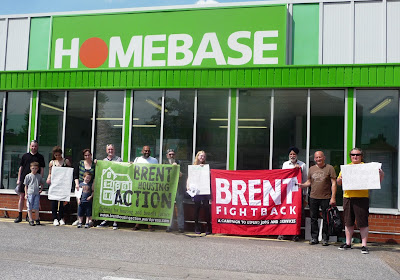 The protesters pointed out to customers that people should be paid at least a living wage for the job they are asked to do. Being forced to work for no pay, with the threat that benefits will be removed for non-compliance, just makes matters worse.

At least one customer decided not to shop at Homebase after hearing the protesters' case and others reduced their purchases. One customer's children started a spontaneous chant of 'Homebase-pay your workers'. Customers were generally responsive and shared their own stories of housing and employment difficulties.

The campaign is asking people to: 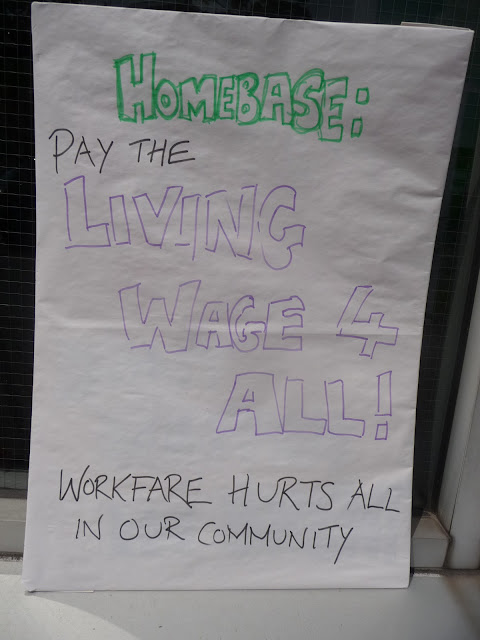 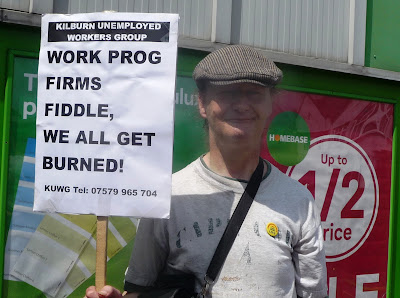 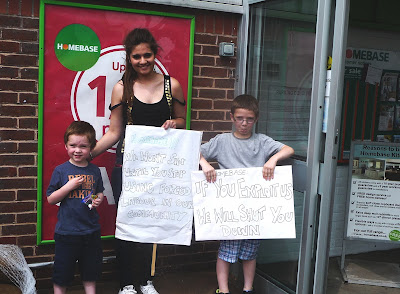 I am willing to work for homebase I am intelligent, can speak englidh, was in fact born in London, ,and its better than being unemployed, if I could just have a succsesfull application,as turned down millions of times ,WHY WHY WHY WHY WHY WHY WHY WHY

Sorry it's closed down.