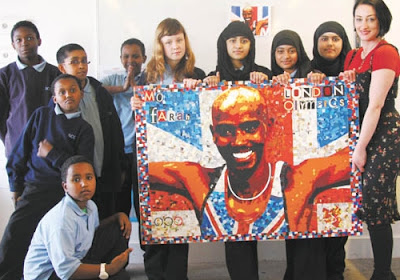 Just the day before Copland Community School was to hold its eagerly awaited sports day it was cancelled by the interim headteacher who has been in post for just two weeeks. The PE department, staff and students had been planning the event for weeks.

One year after the 2012 Olympics it appears that the idea that the Olympics 'legacy' would motivate young people and enhance the status of sports in schools has been trampled into the ground.

In a letter circulated to staff  on Dr Richard Marshall's it was  stated  that because of Ofsted the school's priorities had  to change and that it was now busy 'on this new agenda'. This had made it necessary to postpone sports day until next year.

In my view, one issue that is often missed is the impact of negative Ofsted judgments and schools being put into special measures on students at the school. Feeling bad about your school and its teachers and facing negative comments from friends who attend other schools impacts on the morale and self-esteem of students.

I understand that Copland students have been circulating a petition in support of their teachers in the face of this negative publicity. The sports day decision is likely to alienate them further and perhaps will be interpreted as some kind of punishment for the school's difficulties.