Decision day tomorrow for Tulip, Sally and Sophie in Hampstead and Kilburn contest 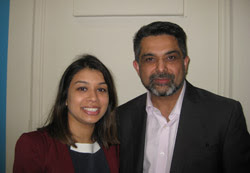 Labour Party members in the Hampstead and Kilburn constituency will be voting for the successor to Glenda Jackson as parliamentary candidate. Voters will include some some from Brent wards as the constituency straddles the Kilburn High Road.

Tulip Siddiq has not only been endorsed by Muhammed Butt (photo above) but by other Brent Executive members included Ruth Moher, James Denselow, Michael Pavey and Roxanne Mashari. However this line up is put in the shade by none other than Lord Melvyn Bragg of Hampstead Town who has done so much to bore the nation into submission every Thursday morning on Radio Four. 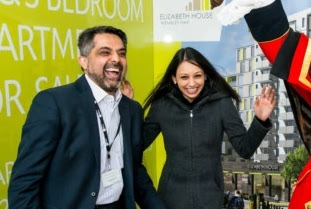 
Her comparative youth is a great asset to a party which more than ever seeks and needs change. She could be a distinctive presence at Westminster.

Not content with just one Lord, Siddiq pulls in none less than Lord Kinnock (still keen to use five words where one will do)  who says:


Tulip embodies everything that is best about young Labour people – she is energetic,conscientious,highly intelligent,approachable and determined to combat prejudice and injustice anywhere and everywhere.

Her sense of judgement is firm and mature and her commitment to public service is total.

Phew! But I mustn't be prejudiced against her she clearly does have some experience and I have heard that even a grizzled old South Kilburn Estate resident and veteran trade unionist has muttered into his beard that he  might vote for her as the best of  'a poor bunch'! However her claim to have 'saved' Camden's libraries has been controversial among her doubters.

I do however have an uneasy feeling that this emphasis on youth in an all-women contest is a bit like the controversy surrounding the BBC and women newsreaders. Youth has become a bit of a fetish with Brent Labour since the victory of the 'Young Turks' in the Executive elections and it could lead them astray.

Earlier this week Siddiq was the subject of an alleged 'smear' campaign when an email was sent around about her family's  involvement in Bangladeshi politics and even President Putin made a guest appearance! LINK 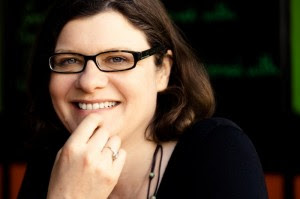 In contrast Sally Gimson (above) has no Brent endorsements, unless you include Kate Osamor  who is said to be interested in the Brent Central nomination. She does have one Lord, Lord Willy Bach, Justice Shadow in the House of Lords who knew her when she was parliamnetary candidate in South Leicestershire:

As CLP Chair I was in a good position to see how outstanding a candidate she was; hard working, great with people, articulate on the doorstep, fun to work with, and above all putting Labour’s case across.

Her endorsements are strong on the NHS and education with many having known her through her children from when they were in Reception Class. She clearly has strong roots in the local community in Hampstead.


Sally and I had our political disagreements which Sally always handled with frankness, good humour, friendship and good sense. Sally is politically astute and conscious of strategic priorities while aware of the personal and emotional implications of individual decisions. I am sure that Sally will be a first-rate Labour candidate for this marginal seat and will work hard to win Labour votes amongst those who never voted for us or who have abandoned us over the years.

Interestingly Pat Callaghan, Camden Cabinet member for Adult Social Care, endorses both of the above candidates. 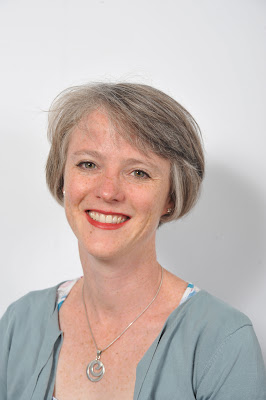 The third candidate, Sophie Linden, from Hackney is endorsed by a Lord, Lord Stanley Clinton, but also by  Margaret Hodge MP and David Blunkett. Linden refers to supporting the anti-apartheid struggle and CND in her youth and is endorsed by Bruce Kent:


I warmly endorse Sophie Linden as a Parliamentary candidate. She has hands on grass roots political experience,plenty of vision and ideals and is a hard worker. We need more of her calibre in Parliament.

Blunkett emphasises her experience as an adviser on Education and the Home Office during the  Labour Government.

Linden is backed by several people from Brent including Larry Adebola who says:


I am backing Sophie because what really matters to the people of Hampstead and Kilburn is the lack of affordable house and unemployment. We need a committed and determined candidate who will tackle these issues head on. When I put these issues to Sophie I was impressed by her knowledge and what she wants to do about the issues."

As a Labour outsider there did not appear to be very much difference between the canddiate sin terms of policies but more can be found on their respective websites: