The membership nominatiosn have been fluid over the past few days bit it will be worth watching the fate of some of the Labour members who have been exercising some criticical judgement recently including Cllrs Pavey, Duffy and Stopp.

Recent rumours of a possible defection from Kenton Tories to Brondesbury Park Tories has been denied, so barring such an event or an agreememnt between the two groups, councillors will again be deciding who to designate the Principal Opposition Party.  The lone Lib Dem, Helen Carr, will get no substantial committee position.

The two Scrutiny Committees means that this year there are more committee places  available to share among the 56 Labour councillors and six Tories. 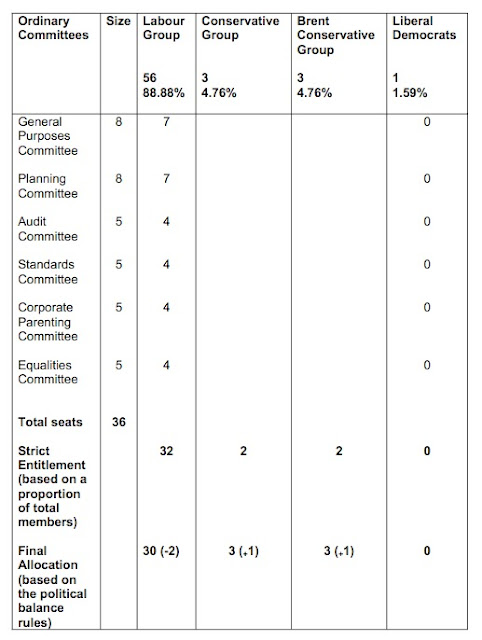