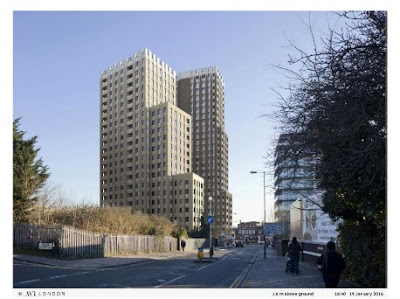 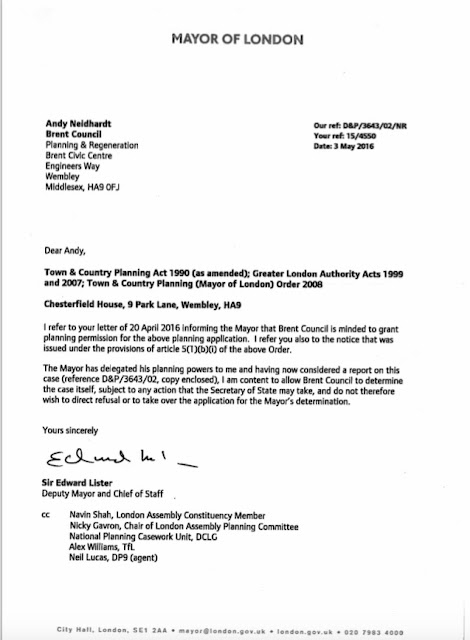 It has emerged that Sir Edward Lister, Deputy Mayor and Chief of Staff of the then London Mayor, Boris Johnson, decided not to intervene in the 'Twin Towers' development on the site of Chesterfield House, Park Lane, Wembley. just two days before the GLA election.

The borough's decision was subject to a Stage 2 referral to the Mayor's Office.

This was one of several decisions made in the last few weeks of the previous administration.
Posted by Martin Francis at 10:03:00