'You can gaze across to Wembley, if it wasn't for the towers in between' -'iconic' stadium views trashed

The Old Music Hall song LINK  had the verse:


'Just by clinging to the chimney,
You can gaze across to Wembley,
If it wasn't for the 'ouses in between.'

Now it is Quintain's speculative luxury tower blocks and private student accommodation blocks that are getting in the way of the views of Wembley Stadium.  When the new stadium was built the 'iconic views' were supposed to be preserved but Brent Council's Planning Department has done little to further this aim.

This can already be seen from Barn Hill: 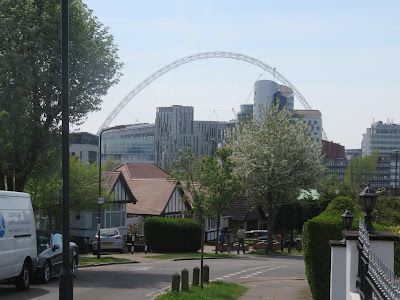 And the views on Olympic Way from Wembley Park Station are closing in: 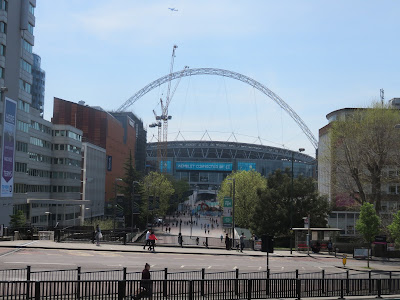 The current view from Chalkhill Park, which runs parallel to the Metropolitan and Jubilee lines, will be obscured by the  new development which is being discussed at planning on Thursday while Monday's application will put tower blocks in front of the stadium as viewed from White Horse Bridge. 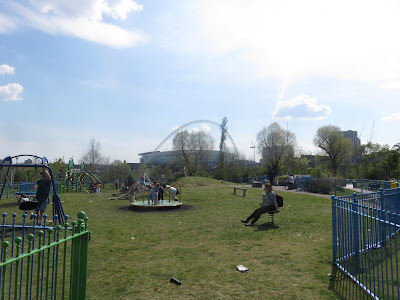