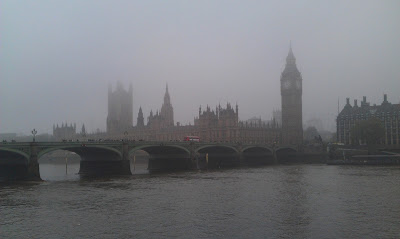 Keith Taylor, MEP for the South East of England, has responded with concern following the government's refusal to commit to retaining EU air quality laws after an exit from the European Union.

The Environment Minister, Therese Coffey, and Minister for Exiting the European Union, Robin Walker, were asked no less than seven times, during questioning by the Environmental Audit Committee on Wednesday, whether the UK would maintain EU air quality laws post-Brexit. Neither minister made a commitment.

Taylor,  who sits on the European Parliament's Environment and Public Health committee and is a vocal air quality campaigner, said:


This is a truly concerning response from Ministers. Leaving the EU cannot be allowed to become a cover under which the government abdicates its responsibility for this public health emergency.

Despite the preventable deaths of 50,000 British people, every year, and an annual public health bill of £20bn, the government is still, apparently, failing to take the air quality crisis seriously. Under David Cameron, the government was held to account for failing to do the bare minimum, as required by EU law, to improve the quality of the air we all breathe.

EU air pollution limits are preventing thousands of deaths every year across Europe and the government readily acknowledges that it is EU law that has been the driver of any positive air quality action in the UK. For the sake of the health and prosperity of the British people, we cannot risk scrapping these safeguards.

I am calling on Ministers to make a firm commitment to maintaining and strengthening vital EU air quality standards.