Four new constituencies proposed to cover Brent. What constituency would you be in?

The Boundary Commission has published far-reaching proposals on the borough's parliamentary constituencies.  In today's proposals they aim to reduce the total number of seats in England and Wales by 50, evening out the numbers in each constituency. London would be reduced by 5 constituencies.

Brent wards would be spread over no less than four constituencies: Kenton, Wembley & Harrow on the Hill, Willesden, Queen's Park and Regent's Park.

These would replace the present Brent North, Brent Central and Hampstead and Kilburn constituencies.

The Brent ward constituencies would be as follows: 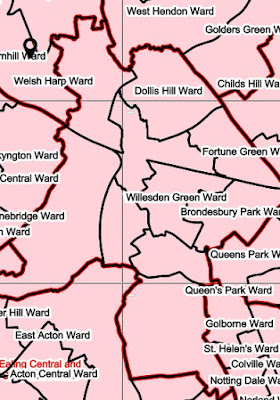 In its commentary the Boundary Commission states: