Brent relents! – Planning consultee comments to be published in future

Guest blog by Philip Grant.  He deserves congratulations for winning a victory for openness and transparency.


This subject may appear to be of limited interest, but if you are ever affected by a planning application, or if you ever have to deal with Brent Council over any issue where you feel they are not acting reasonably, I would invite you to read on.

Just before the first “virtual” Planning Committee meeting on 6 May, Sudbury Town Residents Association sought to have the station car park application adjourned from the agenda, on grounds including that Statutory Consultee comments were not available to view on Brent’s website. STRA’s request was ignored, although Planning Officers persuaded the committee to adjourn it, after they had voted to reject the Officers’ recommendation.

Consultee comments on planning applications can be useful to help both potential objectors and applicants understand the points at issue on the proposals, particularly on a large application. There might be over 100 documents to look at, a daunting prospect for any resident who finds out about an application that might affect where they live. Why shouldn’t they be able to see what TfL, Thames Water or any of the Council Officers dealing with matters such as air quality, transport or noise think about the merits or defects of the proposed development?

I had raised a similar point on the 1 Morland Gardens application. The first comment I submitted, on 1 March, said: ‘Under the "tab" View Consultees Comments, there are notes of many people who have been invited to comment, but none of their comments are actually available to view. All comments made by any of these consultees should be included here, just as comments for or against the application by members of the public are shown, in the interests of openness and transparency.’ 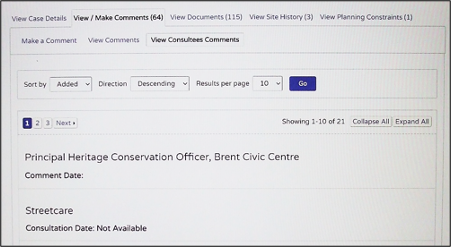 This is what you get if you want to "View Consultees Comments" for application 20/0345!
When there were still no consultee comments shown for application 20/0345 later in the month, I raised the point again in an email with Regeneration Admin. Services, who look after the planning website. The initial reply I received was: ‘we do not publish [these] comments on our public access system, unless specifically requested to do so, as some commentators complain when we publish their comments.’

I questioned this response, as comments from members of the public are all published (without their name, but with their address shown). My reasoning was: ‘When those comments are made by Brent Council officers, about planning applications which themselves are open for public consultation, it surely goes against the Council's own policies on openness and transparency not to make their comments publicly available?’ I asked for the matter to be passed up to the unit’s manager for a reply, and was told that it had been, but no reply came.

As heritage would be a key issue in the 1 Morland Gardens case (with the Council seeking to demolish this locally listed Victorian villa in Stonebridge), I did manage to obtain a copy of the consultee comments from Brent’s Principle Heritage Conservation Officer in April (under FoI!). Martin also obtained a copy, and published his comments as a blog. Among other things, they said that the building ‘should be considered an important local heritage asset of high significance’, and that ‘additional information needs to be obtained before a proper assessment of the proposals can be determined.’ 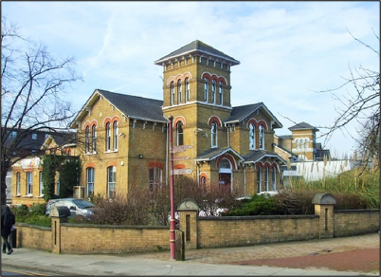 1 Morland Gardens (with No.2 beyond) - 'an important local heritage asset'.


When those consultee comments, or any others, had not been put on Brent planning’s website in May, I took up the matter again with the Case Officer. He said: ‘we only publish comments made online on our website, but of course will consider all comments received – both from internal and external consultees - when evaluating a scheme.’ I responded that: ‘In the interests of openness and transparency, all consultee comments, whether from the public, council officers or other consultees should be publicly available on the website, as all are relevant to anyone considering the application(s).’ I asked for this to be referred to a higher level.

Experience has taught me that you can’t rely on the summaries of consultee comments that Brent’s planners include in their Officer Reports to Planning Committee. I was an objector in another heritage planning case a year ago (the Bobby Moore Bridge tile murals). A key consultee comment was summarised in a single sentence: 'The Council’s Principal Heritage Officer notes that, given that the tiles are not a designated heritage asset, the proposals are a reasonable compromise.'

I had obtained a copy of the comments (again, under FoI!) and the Report failed to mention the Heritage Officer’s comment that: ‘These colourful tiled murals … have artistic, historic and cultural merit.’ That would have helped the objectors’ case, but also would have undermined the planning officer’s recommendation to approve the application! 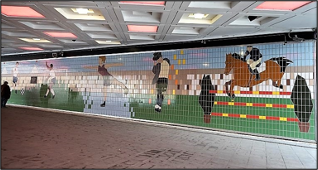 The Case Officer did refer my detailed explanation, of why all consultee comments on planning applications should be made publicly available, to Brent’s Development Management Manager (“DMM”). When chasing up for a reply, in mid-May, I mentioned that STRA had also raised the absence of consultee comments with the Council (they never received a reply).

The DMM’s response was: ‘We are not legally required to publish comments on our web site, but we do publish comments that are made using our online portal as these are automatically redacted. We don’t publish other comments due to the time taken to redact the comments (and associated cost).’ He did say, however, that redacted copies of consultee comments would be made available, on request to the Case Officer.

I made clear in my reply that this was now a complaint, as the Council should be making consultee comments publicly available, because of clear statements in Brent’s Constitution about openness and transparency, as part of supporting the active involvement of citizens in the decision-making process. The way to solve my complaint was simple – consultees should be asked to submit their comments using the online planning portal, just as ordinary members of the public have to do, and their names would be automatically redacted!

My helpful suggestion met with a short (and rather sharp) response from the DMM in June:
‘I note that you believe that our current processes are not in line with statutory and constitutional obligations.  I don’t share your view.  Our practices are in line with relevant obligations.’ He did, however, say: ‘we will evaluate your suggestions.’

I felt this attempted “brush off” was unacceptable, so referred the matter to Brent’s Chief Executive as a Stage 2 complaint, saying: ‘Unless Brent Council can show, clearly, why it has no obligation to make consultee comments on planning applications publicly available, just as it makes other comments on those applications publicly available, it should acknowledge that its current practice is not acceptable, and change that practice forthwith.’

The initial acknowledgement was not encouraging, as I was told that the Head of Planning would be dealing with my “Stage 1” complaint. My response, to the Chief Executive, was polite but firm: ‘[The Head of Planning] may well need to ensure that the Planning Service's practice over "consultee comments" is changed, as a result of my Stage 2 complaint, but I look forward to hearing that the complaint itself will be properly dealt with by an independent officer, as set out in the Council's complaints procedure.’

On 27 July, nearly five months after first raising the matter of consultee comments with Brent’s planners, I finally received a satisfactory answer, by way of a letter drafted by a senior Complaints Investigator and signed by Carolyn Downs, Brent’s Chief Executive (see copy below). While it does not admit that the existing practice of not publishing consultee comments goes against the promises in Brent’s Constitution (‘The legal advice was that the constitution does not specifically require internal consultee comments to be published as a matter of course.’), that practice will now be changed. 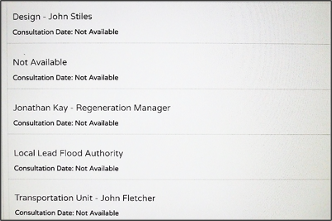 More "View Consultees Comments" entries from the 20/0345 application details on the Planning website.


That won’t help for the application I raised the matter over, which will probably go to Planning Committee in two weeks time. I am still waiting for some further consultee comments I requested on this, especially those of the Principal Heritage Officer in response to the June 2020 Heritage Impact Assessment, and my own objection comments on that.

I hope that others will take heart that, through polite but persistent pressure, it is sometimes possible to make Brent Council take action over a reasonable request – but they make you work hard for it! I also hope that more people will be encouraged to respond to planning applications that may affect their lives, make use of the extra information that will become available through consultee comments, and put in their own comments (either objecting or in support) where they have a view which they feel strongly about.