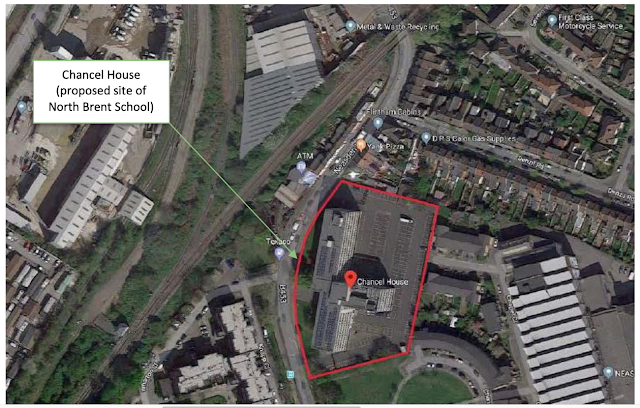 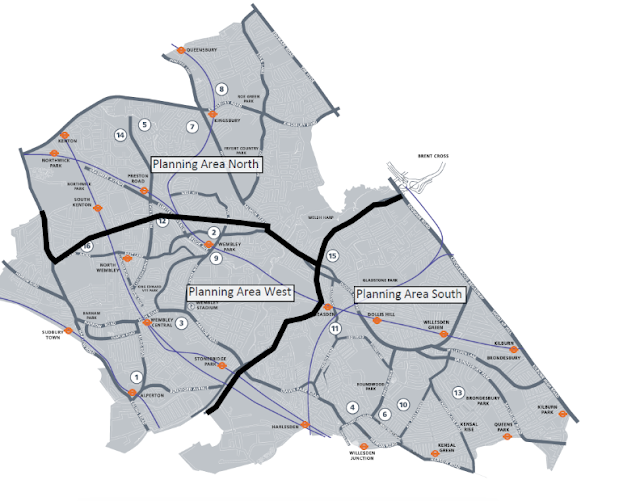 My question tabled for the Council meeting to be held on Monday July 13th. The School Places Planning document suggested that most pressure for additional secondary forms of entry will be in the north of Brent so a north Brent school makes sense,  but this one will be in the south of the borough and involve commuting by 75% of the pupils. According to Google Maps the motoring distance between the two sites is 4 miles.

·75% of places will be offered to children who live closest to Wembley High Technology College. (School number 16 on map)