George Michael grew up round here

As part of Brent’s London Borough of Culture 2020, and “Brent Biennial”, a 9-metre high mural by the artist Dawn Mellor is due to be unveiled in Kingsbury Road on Saturday 19 September. It will celebrate the life of the singer George Michael, who lived and went to school in the area. Many people may not know much about his early life, and this seems a good time to share what I know about his Kingsbury connections. As George said himself, in a line from a song he wrote about growing up “Round Here”: ‘So come with me, let me show you where I've lived.’

1. Three images of work in progress on the George Michael mural, and its location, 13 September 2020.

It was not just people from the Caribbean (“the Windrush Generation”) who came to live and work in this country following the British Nationality Act, 1948. Britain’s labour shortage in the post-war years meant that anyone with the newly created status of ‘citizen of the United Kingdom and Colonies’ could do the same. In 1953, young Kyriacos Panayiotou and his cousin left their village in Cyprus, and came to London for a better life. He worked as a waiter in a restaurant, and through a shared love of dancing, married Lesley in 1957. Some people thought it was wrong for an English girl to marry a Greek Cypriot, but love is stronger than prejudice. 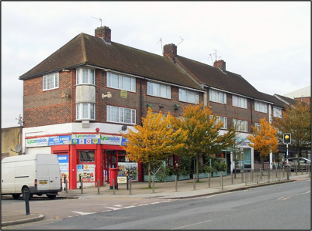 Kyriacos and Lesley already had two daughters before their son, Georgios, was born at their flat in East Finchley in June 1963. Within a year they had moved to a larger home at 3a Holmstall Parade, above shops on the Edgware Road, close to Burnt Oak, in what was then still the Borough of Wembley. Kyriacos Panayiotou, commonly known as Jack Panos, worked in a Greek Restaurant in Edgware, becoming a partner in the business. Although Holmstall Parade looks similar now to what it did in the 1960s, the Asda superstore and Capitol Way just down the road were then a Frigidaire factory, on a site first used by the Aircraft Manufacturing Company, “Airco”, during World War One. 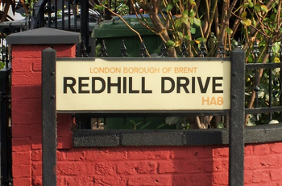 3. The Redhill Drive street sign, at the corner with Holmstall Avenue.

By 1967, the Panayiotou family had their own semi-detached suburban home, nearby in Redhill Drive, then part of the recently formed London Borough of Brent. No.57 was where Georgios (or George as he would become known) lived for about ten years. He soon had friends to play with, and his best friend was David, who lived just up the road, and was a year older than him. 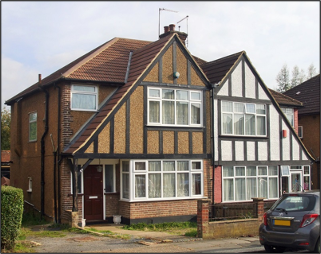 When it was time for George to start school, he went to Roe Green Infants, then the Juniors, in Princes Avenue, the same as his sisters (and David), as that was the local state school. In those days, that was what most children did. They probably walked to school. 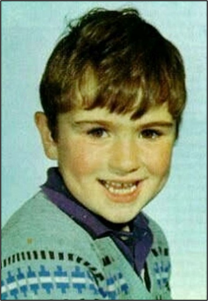 6. Georgios Panayiotou, at primary school age. (Image from the internet)

Trouble or not, he must have been quite a bright student, although having encouragement from a good creative writing teacher at school (probably Ian Greenwood then) must have helped. Only just eleven years old, two of his poems were included in Roe Green Junior School’s end of year magazine in July 1974. How these came to light, shortly after George’s death in 2016, is a story in itself. A girl who knew him at the school had kept her school magazines. Years later, her older sister met a former classmate, Melanie, at an awards ceremony – and Melanie was with her brother, Georgios, better known by then as George Michael. The sisters had never guessed that the music star was the quiet boy they knew at Roe Green Juniors! 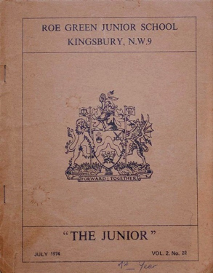 7. The cover of the Roe Green Junior School magazine, July 1974. (Image from the internet)

The first of the poems, ‘The Story of a Horse’, appears above the name Georgios Panayiotou, 4S, but the second reveals his nickname. Whether this was one he invented for himself, or what his friends decided to call him (because he was brainy?), Professor Whatsisname (alias G. Panayiotou, 4S) was the author of this imaginative piece, ‘Sounds in the Night’. 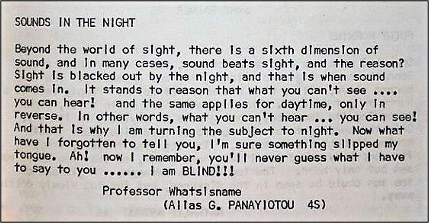 8. "Sounds in the Night" by Professor Whatsisname, from "The Junior", July 1974. (Image from the internet)

From junior school, George moved on to the local secondary school in September 1974, again just as most eleven-year olds would have done then. Kingsbury High School had become a comprehensive in 1967, when the grammar school in Princes Avenue merged with the Tyler’s Croft Boys and Girls secondary modern schools in Bacon Lane. The lower years of the High School were housed in the Tyler’s Croft buildings, which had opened in 1952. Twenty-two years before George walked through that school’s gates, the first boys to start at the school when it opened had included a young Charlie Watts, from Fryent Junior School, who also went on to become a famous pop musician. 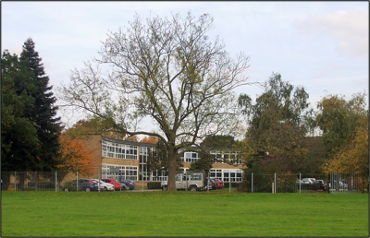 The photo above shows that Kingsbury High’s Lower School is next to Roe Green Park, and there’s no doubt that George spent some time there after school. In one verse of his song about growing up, he sings:

‘I hear my mama call in Kingsbury Park
Just me and David and a football that glowed in the dark
Waitin' patiently to make my mark, round here.’ 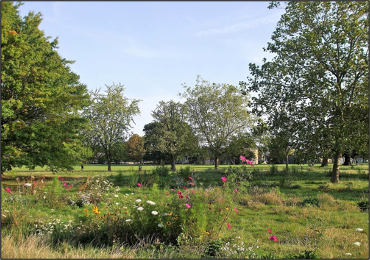 10. Roe Green Park, towards the school, and a wild flower meadow that wasn't there in George's time!

Life sometimes takes an unexpected turn, and it was not in Kingsbury that George made his mark. His father’s restaurant business was doing well, so he decided to move upmarket. He found a house he liked in Radlett, and around 1976 the Panayiotou family moved out of Redhill Drive. As their new home was not quite ready, they lived above the restaurant in Edgware for several months, before George left Kingsbury High School, looking something like this. 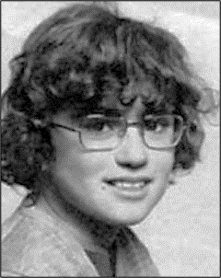 The move to Radlett meant changing to a new school, Bushey Meads School, which took students from much of the western side of Hertsmere District, just north of London. One of his new classmates was Andrew Ridgeley, and they were soon friends. The two teenagers shared a love of pop music, and a desire to make a that their career. The result, in 1981, was Wham! 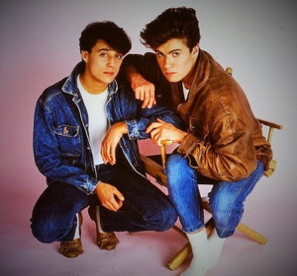 From then on, Georgios Panayiotou would be known as George Michael, and you can read about his musical career, his generosity and his sometimes troubled private life, online, or by borrowing a copy of the biography “George”, by Sean Smith, from your local Brent Library (ref. no. 782.421 on the adult non-fiction shelves).

Although no longer living in Brent, George’s career brought him to Wembley on a number of occasions. Wham! played several concerts at the Arena in 1984, and their “Final” concert together at the Stadium in 1986, before the duo went their separate ways. George Michael was one of the stars who performed at the 1985 Live Aid concert at Wembley, and at the 70th birthday concert for Nelson Mandela in 1988. George’s singing of “Somebody to Love” with Queen, at the Stadium’s Freddie Mercury Tribute Concert to raise money for AIDS research in 1992, was highly rated, and the live recording featured on a follow-up EP. 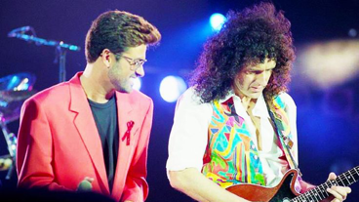 13. George Michael, with Brian May of Queen, at the Freddie Mercury Tribute Concert. (Image from internet)

George Michael was a prolific songwriter, and in 2004 he recorded a song about his memories of growing up. Called “Round Here”, it wasn’t a big hit for him, but it came from his heart and tells his story before he became famous. There is an online video of him singing and recording the song, with brief clips of film included that show various scenes from Kingsbury, and London more generally. If you watch carefully, you’ll spot glimpses of 57 Redhill Drive (at 0:05), the flats at Holmstall Parade (0:25), Roe Green Park (1:17) and Roe Green Junior School (1:35) and Kingsbury High [Lower] School (1:41), plus other places you’ll recognise. 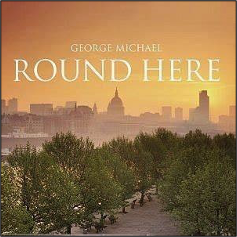