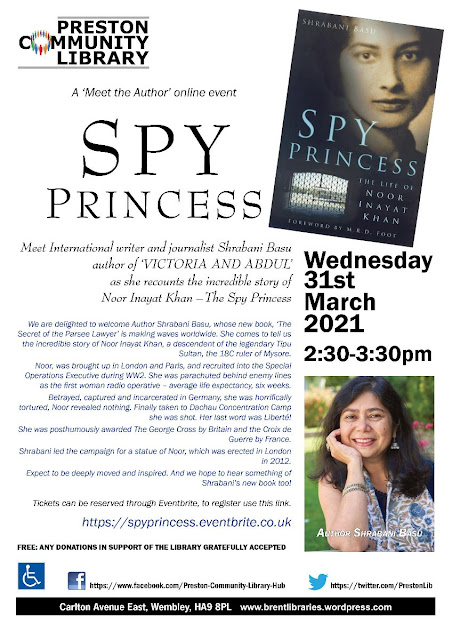 We are delighted to welcome local author Shrabani Basu, whose new book, 'The Secret of the Parsee Lawyer' is making waves worldwide, and who also wrote 'Victoria and Abdul', since made into a film.

She comes to tell us the incredible story of Noor Inayat Khan: a descendent of the legendary Tipu Sultan, the 18th century ruler of Mysore.

Noor was brought up in London and Paris, and was recruited into the Special Operations Executive during WW2.  She was parachuted behind enemy lines as the first woman radio operative - average life expectancy, six weeks.  Betrayed, captured and incarcerated in Germany, she was tortured, but revealed nothing.  Finally taken to Dachau Concentration Camp, she was shot.  Her final word was 'Liberté'. 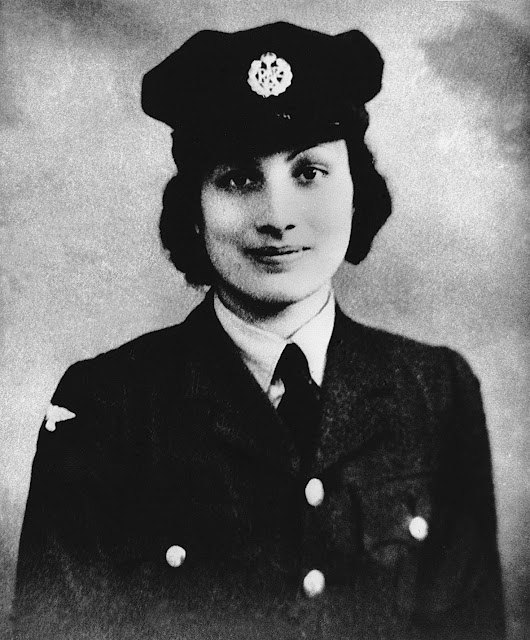 Noor was posthumously awarded The George Cross by Britain and the Croix de Guerre by France.  Shrabani led the campaign for a statue of Noor, which was erected in London in 2012.

Book via Eventbrite on the link below.  This event will livestream on Preston Community Library's Facebook page, and ticket holders will be given a link to join within their emailed ticket.  You don't need a Facebook account to watch it, everyone has access to join, with a chance to leave questions for a Q&A at the end.

More details about are on the poster below:

To book a ticket please click on this link:

https://spyprincess.eventbrite.co.uk .   Your Free Ticket from Eventbrite will contain a link to join the event on 31st March. Just click on the link on the day.