"The proposal is considered to have a high quality design that has regard to the character of its surroundings and would have an appropriate relationship with the surrounding buildings and would not result in harm to the setting of the Grade II Listed Building."  Officers' Report 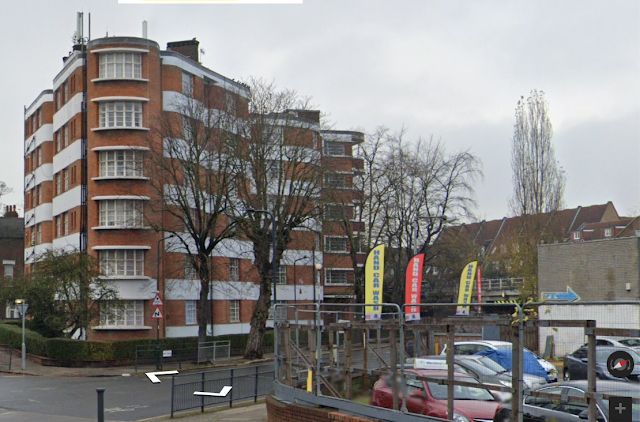 Kingsley Court the Grade II Listed Building opposite the site 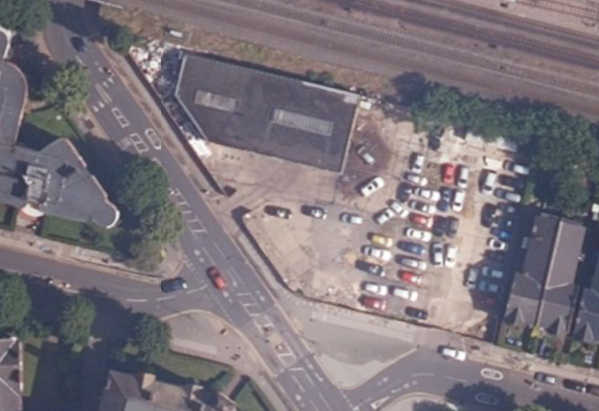 Brent Planning Committee will decide this afternoon whether to accept changes to the extant planning permission for the garage site at the junction of St Pauls Avenue and Park Avenue, Willesden Green. There is likely to be discussion about whether the changes amount to a 'minor amendment'  to the planning permission already granted or necessitate a new application. Committee members will be aware that a previous planning appeal against refusal of planning permission succeeded.

The main change is the addition of 6 private flats for sale at market rates requiring changes in the internal layout.:

The 6 extra units obviously means some changes in the internal layout. This includes multiple flat entrances from landings. I suggest that this level of traffic is worth looking at in the context of Covid19  contagion  as well as the reduction in size of the units.

Five of the private floors would exceed the Housing SPG target of 8 homes per floor per core (with 2 x 9, 2 x 10 and 1 x 12 homes per core on the respective cores). However, this is not considered to have a significant impact on the quality of accommodation or levels of social cohesion.

There are 13 comments about the development on the Planning Portal, all of which are objections from neighbours. Some refer to the extant application rather than the revisions. This comment is about the revisions:

I am concerned that in increasing the number of units this will have several adverse impacts, and would like to raise the following issues:


1. The increase in units has not led to a change in the number of affordable units. why not? A revised Financial Viability Appraisal should be submitted to ascertain whether further affordable units would have to be incorporated due to the improved viability.

2. More family units are not being added, as obviously this is an attempt to squeeze more out of the site.

3. Disabled bays are being lost. Changes to basement car parking do not offer a more efficient layout but do fail to meet either the London Plan requirement of space for 10% of the flats or Condition 6 in respect of spaces for disabled parking (7 not 8).

4. The reduction of landscaping elements does not help mitigate noise levels in the amenity spaces.

5. The provision of outdoor amenity space ("winter gardens") does not come up to the standard aimed for by Brent. There is a bigger overall shortfall and 5 units would fail to meet the London Plan's minimum of 5 SQM.

6. The iron railings with vegetation behind in the approved scheme are apparently to be replaced by a solid brick wall along St Pauls Avenue which would have a detrimental effect on the street scene especially with the removal of the green roof over the ramp.

7. As another resident has commented: the changes in palette and landscaping mean the proposed amendment is no longer "in keeping with the urban character and appearance of the area".

8. Since the last application, COVID-19 has led to major changes in peoples lives - with workers/residents spending more time at home - is now the time to approve smaller flats?

9. Issues around parking, servicing and deliveries associated with the proposed development have not been further considered in the latest documents. This is particularly relevant due to the continuing increase in on-line sales and home deliveries.

11. Near neighbours have concerns that: Aspects of the proposed changes that would worsen the situation are the omission of the landscaping features which were in the central space as well as around the perimeter and the large open spaces on the 3rd and 4th levels which are particularly concerning to neighbours.

10. The additional 6 self-contained units, enlarged external floor space and repositioned and redesigned ramp constitute a proposal that is significantly different.

11. Para 17 of the Committee Report confirmed that the scheme now approved would result in a density above the London Plan matrix range . The further intensification now proposed does not represent sustainable development and there is no justification for the significant harm that would result.

12. The significant changes to the internal layout and the increase in units beyond the reduction to 70 originally approved by the planning officers exceeds the scope of a 'Minor Amendment' and requires a new planning application.

The application will be heard this afternoon at 4pm.  View live HERE