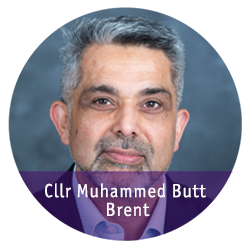 I thought the Brent electorate would like to know (be entitled to know?) the outcome of the recent complaints about Brent Council leader's conduct.  I requested a copy of the report on the investigation by Brent Monitoring  Officer, Debra Norman.  The investigation would have sought to establish if the behaviour cited infringed the Members Code of Conduct.

My request received this terse response:

Decisions notices relating to complaints under the Brent Members Code of Conduct are only published by the council where a serious complaint has been upheld and the sanction of public censure has been imposed.  That is not the case in respect of the complaints to which I believe you are referring.  I am therefore not able to provide you with a copy of the decision notice.

This suggest the complaints were not upheld but we, the electorate, cannot see the evidence that was presented and the response of Cllr Butt himself.

Clearly we are not thought capable of reaching our own conclusions based on the evidence that Debra Norman collected.

Without seeing the Decision Notice I cannot be certain of the basis of the complaints but I assume they were connected with the articles posted on this blog:

Councillor Muhammed Butt seems to lead a charmed life, as far as complaints that he has breached Brent's Members' Code of Conduct are concerned.

At least, in this case, there appears to have been some sort of investigation and decision by the Monitoring Officer, even if its details are to be hidden from the public.

When I made a complaint of multiple breaches of the Code of Conduct by Cllr. Butt in 2015, the then Monitoring Officer refused to treat them as coming within the Code, so that they were never investigated, or even referred to the Standards Committee for a decision on whether they should be investigated.

The reason given for the refusal was: 'Having considered the nature of the complaints you have made, these are in relation to Council business, including the Council in its role as an employer.'

But the only reason Cllr. Butt was in a position to be involved in that "Council business" was because he was the Leader of the Council. If that is not ‘acting, claiming to act, or giving the impression that he was acting as a representative of the council’ within the terms of the Members' Code, I don't know what is!

If you have forgotten what this was all about, or want to know more, Martin published an "Open Letter" that I had written to Brent's Chief Executive, on 27 November 2015:
https://wembleymatters.blogspot.com/2015/11/standards-at-brent-council-open-letter.html