There was a pause due to Covid19 but now the new development of flats on  the corner of Queens Walk and Salmon Street is taking shape. The flats replace a detached suburban house that was in the style of other houses in the road. LINK

Responding to criticism of the plans Brent Planning Officers said:

The building does not have a 1930s appearance but does respond appropriately to the neighbouring developments in terms of scale. The corner plot presents an opportunity for a building of a differing architectural style and slightly greater prominence to sit comfortably without detracting from the character along either of the streets it adjoins. 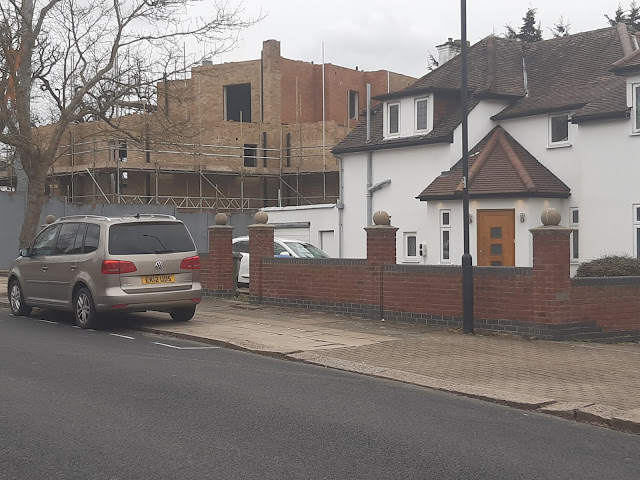 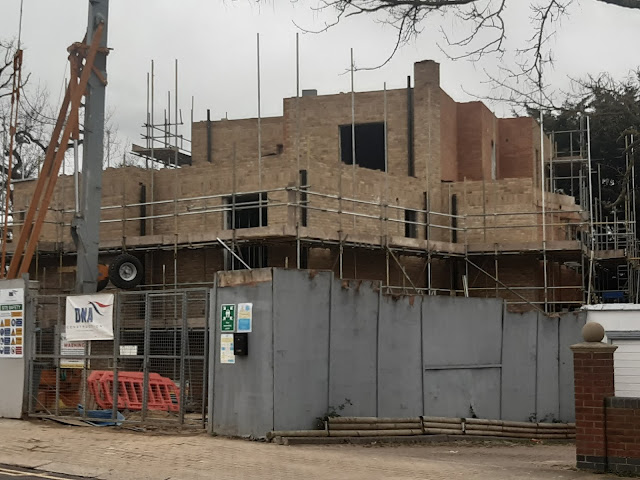 There were 41 objections to this planning application, many of them in great detail, and from residents in Queens Walk and Salmon Street, at the corner of which this site is located.

This area is one of beautiful "Metroland" suburban homes from the 1920s and 1930s. Brent has planning policies which are meant to protect that suburban character.

I think these photographs show the Brent planners' claim, that this scheme which they recommended for approval could be built 'without detracting from the character along either of the streets it adjoins', was "economical with the truth".

Planners should have gone to SPECSAVERS! or visited a Doctor to change their medications, clearly it's not working.