Who is responsible for maintaining the 'disgusting' canal feeder on the Hyde Housing estate in Stonebridge? Action needed. 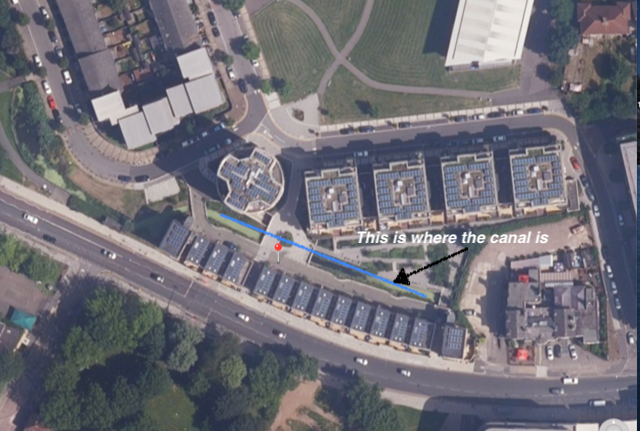 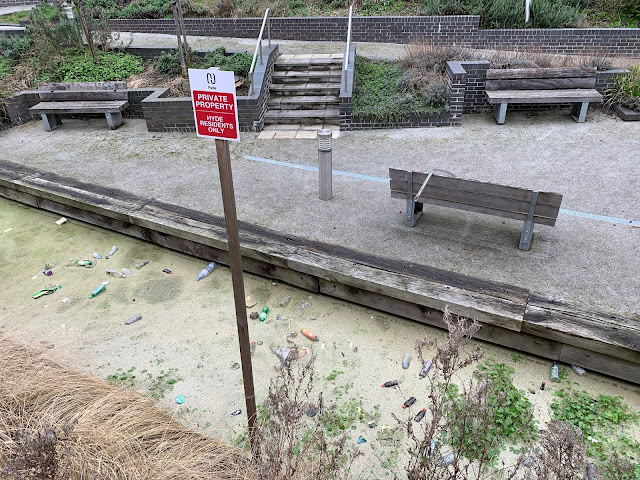 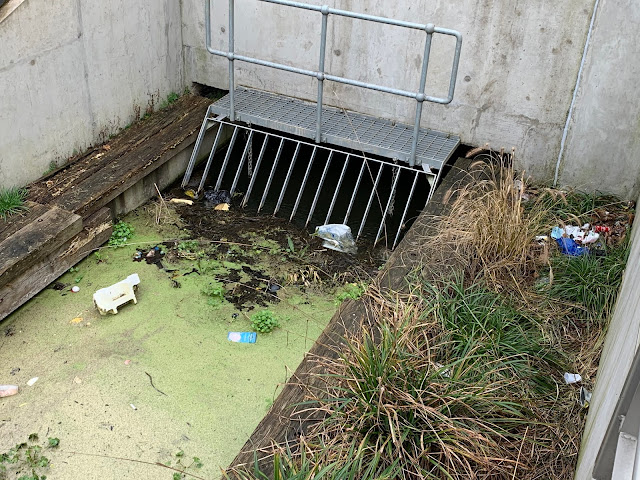 Brent is lucky to have a number of waterways including the Grand Union Canal, the canal feeder, River Brent, Wealdstone Brook and Wembley Brook plus a number of others that are now mostly underground but reappear  above ground after torrential rain.

New developments often boast of the amenity value of the waterways but as the situation in Alperton demonstrates the amenity value is rapidly devalued if the area is not regularly cleaned and properly maintained.

In a guest blog a resident of the Hyde Housing Estate in Stonebridge describes their experience:

Residents of Hyde Housing estate in Stonebridge Park, NW10, are facing an issue with a canal feeder that runs along the Orchid Mews, NW10, and is inside Hyde Housing Association’s estate and next to benches and gardens where residents are supposed to enjoy the sun.

The canal is not maintained or cleaned at all, and a large amount of litter and animal carcases is what we face daily. The canal’s banks are also full of rubbish. If you chose to enjoy the sun with your family using the provided benches, or if you want to open your window for fresh air, you will need to put up with the canal’s disgusting view.

We use three metal grates to prevent rubbish from entering the canal culverts.

However, after talking to colleagues in the area, I can confirm that the Canal and River Trust doesn't own the feeder. The feeder belongs to the Hyde Housing Association.

Hyde have never responded to our requests for comments or help and no any action have been taken. They are acting irresponsibly and in breach of their service agreement with the residents, who are paying service charges for cleaning. I assume they are in breach of their lease with the Canal Trust or the Brent Council as the leaseholders of the land the canal is in. 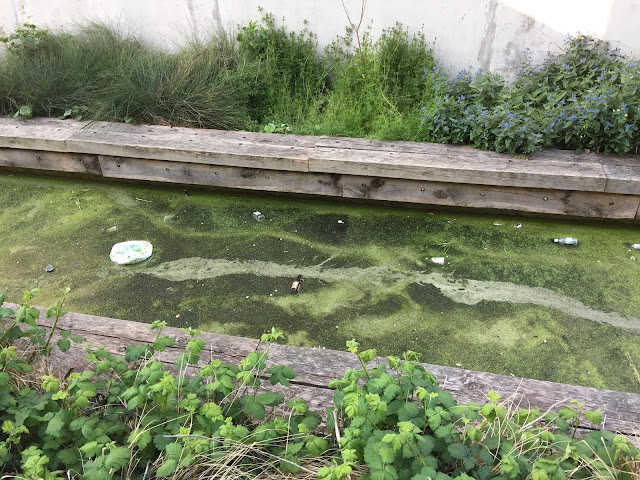 Why  cannot Hyde Housing Association accept responsibility and maintain the canal, keeping it in an acceptable condition? Why are residents paying service charges for cleaning but still they have to face this disgusting canal?

The Canal Feeder is an interesting piece of local history that has wound its way from the River Brent at Kingsbury, through Neasden and Stonebridge, to the canal at Lower Place since 1811.

It is a great pity to see it in such a sorry state.

I hope that Hyde Housing Association, who appear to have taken over responsibility for this stretch of it from the Canal and River Trust, will take early action to clean it up, and the banks around it, so that local residents can enjoy sitting beside "the feeder" again this Spring.

If reported to Public Health England or the Environmental Agency should they not bring pressure on Hyde Housing to clean it up. It's a disgrace, for those living close by the stench must be unbearable.