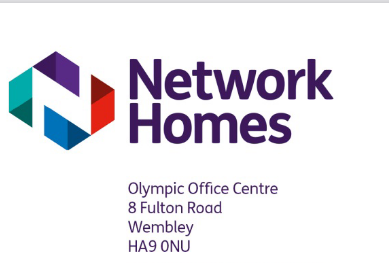 Network Homes, with its head office located in Wembley, is one of the partners in the massive development at Northwick Park as well as an adviser to Brent Council on the building of council houses in the borough LINK.  Network's other partners at Northwick Park are Brent Council,London NW University Healthcare NHS Trust and the University of Westminster. It comes under the auspices of the government's One Public Estate policy which aims to maximise the return on public property.

Network Homes have been embroiled in the cladding scandal and warned in January 2020 that it would need to pass on most of the £200,000,000 that needed to  spent on remediation of its estate would have to be passed on to leaseholders. With its properties requiring so much work doubts have been raised over the quality of its housing.

Although the Planning Committee has a quasi-statutory role and is supposed to be non-political Brent Council is a developer itself in this case.

Cllr Daniel Kennelly, a member of the Planning Committee, took up concerns over  Network Homes  at last night's meeting.

He wanted reassurances of the long-term viability of the project with Network Homes as a partner given its financial difficulties  and wanted to be assured that they properties they built would be safe. He noted that Network was facing long-term difficulties regarding its cladding responsibilities 'down the road' - what they had done had been 'criminal'.

Officers responded that they did not look at the financial viability of the developer itself but of the financial viability of its project - did it give sufficient return to the developer on the basis of what they would build and the income it would derive. Network would have to adhere to fire regulations and the plans were for brick build with no cladding. The fire strategy would be considered under reserved matters and rigorously checked.

Kennelly continued to press on the impact of the overall scheme if one partner collapsed financially:  would other partners be liable to its costs? A lead officer responded that different entities in the partnership would be responsible for their own section of the development and would not be responsible for the other parts. He pointed to the  financial collapse of a building company which, after it crashed, its development had been bought by another company and completed.

The councillor sought assurances that although there was an undertaking that there would be no ground rent on the scheme would there be other costs on top of the rent. An officer replied that planning did not control service charges. Cllr Johnson was concerned that the existing NHS residents on the Network Homes estate that was to be demolished would get first refusal on new 'intermediate' (MF not genuinely affordable) properties. He was concerned that they would not be able to afford them. Officers replied, rather obviously, that this would depend on their salary. Network Homes had been engaging with them about their options. NHS staff would not be eligible for London Affordable Rent properties as these were allocated to people on the Council's housing list.

Cllr Kennelly also asked about the large number of trees that would be removed in the development and asked how long it would take for the present level of carbon capture  by existing trees to be reached by the new planning. An officer commented that this issue was not captured by planning guidance at the moment while another said it would depend on the rate of growth of the different tree species planted and what was done with the felled trees - if they were burned and released carbon this would add to the carbon capture requirement. Replacement trees would not  all be saplings and there woduld be a substantial increase in the overall number of trees.

Representations by Brent and Harrow Cyclists over  safe routes around and  through the development were largely dismissed as referring to the new through road that had already been approved. Officers said there was not enough space on the road for segregated cycling and that a single crossing at the junction with Watford Road would make life easier for cyclists and pedestrians, but as there was heavy traffic flow on Watford Road, maintaining the flow was the priority. John Fletcher (Highways) said they would take the representations into consideration as the scheme got underway and offered to meet with the cyclists to walk through the site.

Given some of the less than convincing  answers by officers (I have never heard so many 'sort ofs' in such an important meeting), it is surprising that the application was unanimously approved.