BBC Radio 4 Today interviews Mina Smallman, mother of  Noicole and Bibaa (apologies for those who tried to view the earlier video I embedded - access was blocked)  https://www.bbc.co.uk/programmes/p09bxm41 I am so glad the BBC carried this interview this morning - it needed saying.  The discrepancy has been in many of our minds locally and caused local residents to erect a memorial banner last week. 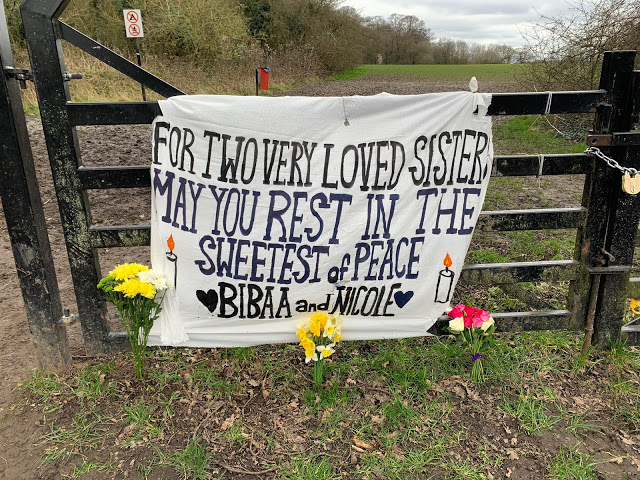 Mina Smallman, the mother of two women found dead in north London, has expressed her sympathy for the family of Sarah Everard – and questioned why the deaths of her daughters received comparatively little attention at the time.

Nicole Smallman and Bibaa Henry were killed in a park in Wembley last June. Two officers have been arrested and suspended after allegations they took selfies with the bodies.

Asked why her case had not received the level of outrage as Sarah Everard, she said: “Other people have more kudos in this world than people of colour.”

The Metropolitan Police said in a statement: “Our thoughts remain with the families of Bibaa and Nicole following their unspeakable loss."

"As part of a wider investigation into various matters, the Independent Office for Police Conduct is considering the actions of police when Bibaa and Nicole were reported missing. This follows a referral from the MPS’s Directorate of Professional Standards (DPS). “

A man has been charged with the murders of Nicole and Bibaa.