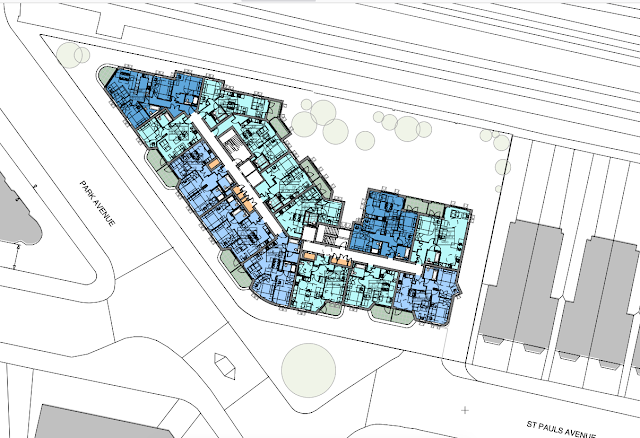 Density in the age of Covid

It might seem a stark summary but that is what Brent Planning Committee voted for last night when  the developer sought a variation in consent to allow 6 private flats on the same building footprint (so squeezing more into limited space) and the only benefit their agent could muster when challenged was that they were offering ONE extra bedroom in ONE of the affordable flats.  They also claimed that moving the building back from the pavement by 1.2m would be a benefit to the residents who had opposed the changes. All other 'benefits' appeared to favour the developer.

Because of the higher number of private flats the proportion of affordable housing actually FELL as a result of the granted variation.

A view that this was more than a minor variation to the granted scheme, which itself had been decided by an appeal to the Planning Inspectorate, and should be a new application, came to nothing.

There was an attempt by councillors to draw attention to the disbenefits of a denser development at a time of Covid when people were at home more but only Cllr Maurice voted against granting the change in consent on those grounds as well as parking issues.