Pokemon Go hits Brent and gets teens outs and about 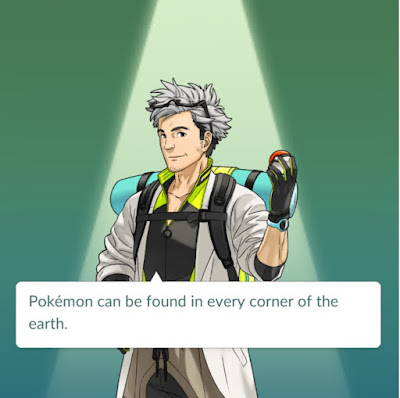 It started on Friday when a pupil on a class trip with me to Fryent Country Park suddenly captured a Pokemon at the park sign on Fryent Way. An image of the sign, rather cleaner than the real one, popped up on his screen. 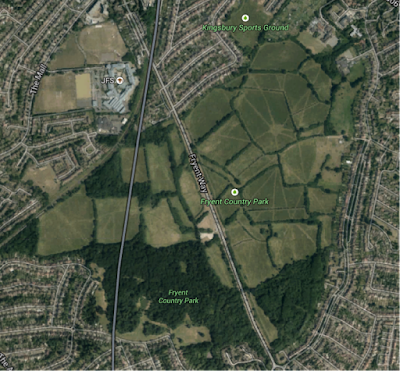 Then yesterday on the Brent Walk for Change I came across  half a dozen youths in the churchyard at Old St Andrew's Church in Kingsbury all staring at their iphone screens. They told me they had captured two Pokemon there. 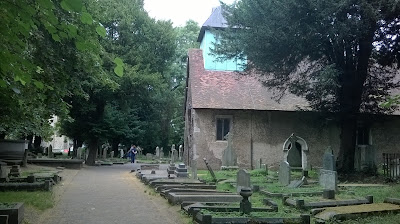 There have been many attempts to persuade children and teens to leave the screens in their bedrooms to get out and about in the fresh air of the real world LINK but this one combining screens with walking or biking really seems to do the trick and its launch well-timed for the summer holidays.

There have been the usual scare stories from the States (children trying to access nuclear establishments to capture Pokemon) but in many ways it is not much more than a 21st century version of the i-Spy books of the 60s where you ticked off your finds.

Parents will be concerned about younger children going out on their own in pursuit of these little creatures but I am sure it can be turned into a family adventure quite easily.

Brent is rich in potential sites so look out for groups of young people in places you have never seen them before - and Brent Council, go easy on the group dispersal orders!
Posted by Martin Francis at 09:27:00

Interesting information I haven’t been through such information in a long time. Pokemon Go tips