Do you know this racially abusive man? 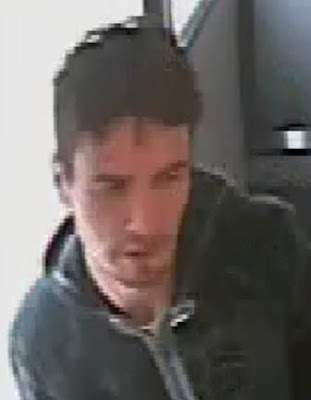 Police are appealing for assistance in identifying a man who racially abused a mother and her child on a London bus.

At around 17:20hrs on Saturday 16 June, the 49-year-old woman boarded a southbound Number 18 bus in Wembley along with her 11-year-old son.*

While on board the bus, a man, who had got on at the same stop, become abusive towards the woman and the boy. Over a period of around ten minutes, the man verbally abused the pair, using extremely abusive language and racial slurs.

Police are appealing for assistance in tracing a man in connection with the incident. The image of the man has been circulated to local officers, but, having been unable to trace him, police are asking for assistance from members of the public or for the man himself to come forward.

* Note from Martin Francis: I have since heard via social media that the boy was 8 years old not 11.
Posted by Martin Francis at 10:31:00