This follows an earlier episode when racist and fascist graffiti was found near Jewish homes in the area. LINK

That graffiti was removed by loacl people in a clean up and similar action will be taken regarding the swastika above.  On Tuesday evening at 5pm local people and anti-racist actvists will don rubber gloves and bring paint and brushes to get rid of this unwelcome sign of the presence of fascist sympathisers in our midst. Meet at the bridge.

An organiser of the 'paint out' said:


Our community is saddened and angered that fascist graffiti has again appeared in our happy multicultural area. We are going to paint it out in a show of our strength. We won’t be divided by hate!

These stickers have also appeared in the area: 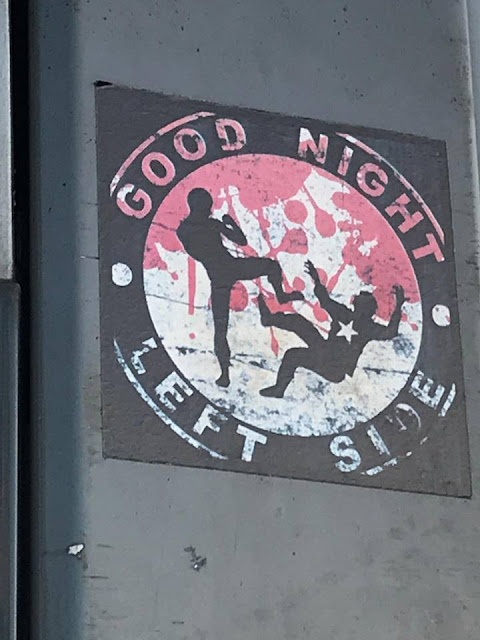 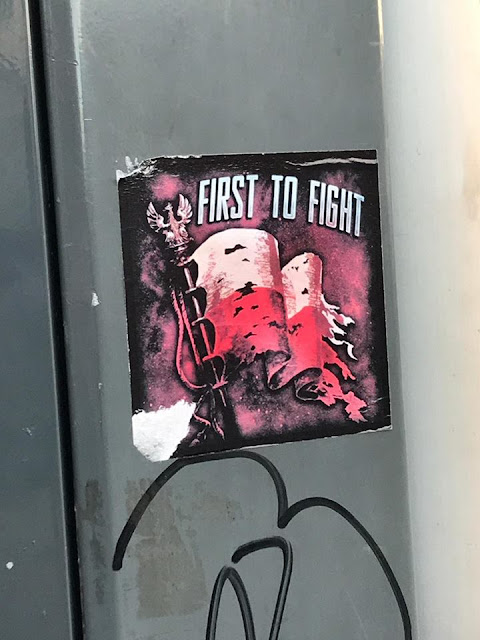 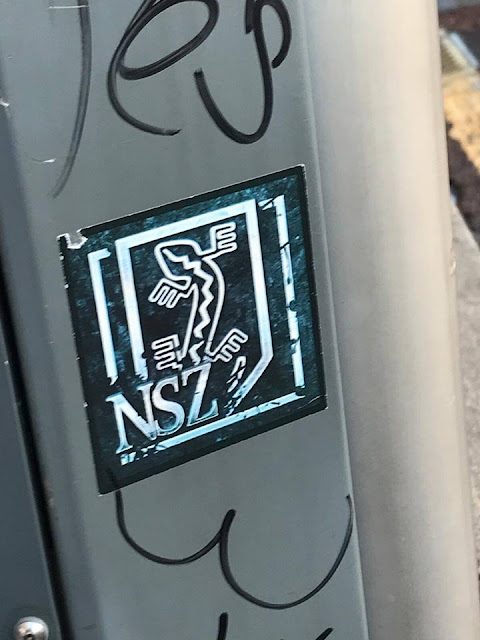 The NSZ (Narodowe Siły Zbrojne - National Armed Forces)  was an anti-Nazi and Anti-Soviet Polish resistance movement often accused of anti-Semitism although that has been challenged as Soviet propaganda. After a split in the organisation in 1944 NSZ-ZJ (the Lizard Union) was formed which appeares to have been a more extremist wing.  LINK
Posted by Martin Francis at 18:43:00