One man's 18 month struggle to get a lamp repaired results in...

In January this year South Kilburn resident Pete Firmin write about the problems he'd had trying to get a lamp repaired on the footpath way adjacent to Kilburn Park Station LINK.

Apparently the delay in repair was down to a dispute between Brent Council and Catalyst Housing about which organisation was responsible.  You can't fault Pete Firmin in his efforts to get the light repaired: 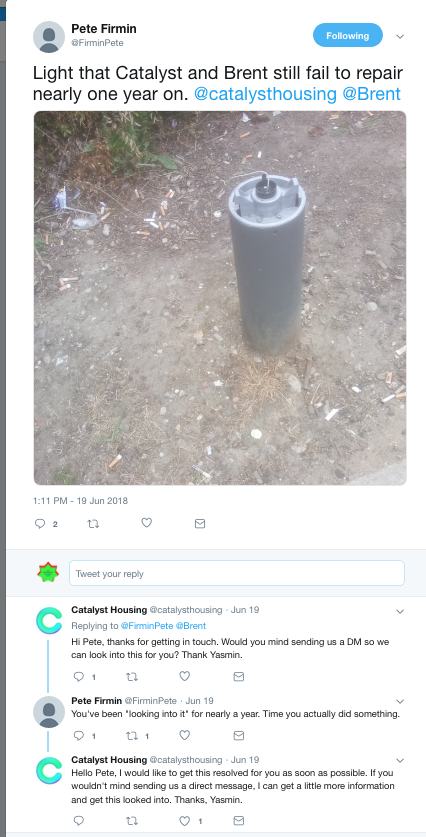 As the nights draw in one would hope someone would get around to actually repairing it so that pedestrians have the benefit of lighting as they walk along the path - but no!

Instead someone has taken action but only to seal off the light. Is it an artistic prelude to something even more exiting - a repaired light?

It's a lovely neat sticky tape job but not much to show for more than 18 months of procrastination!

Well done Pete for your efforts. How hard should it be to repair a broken light?!