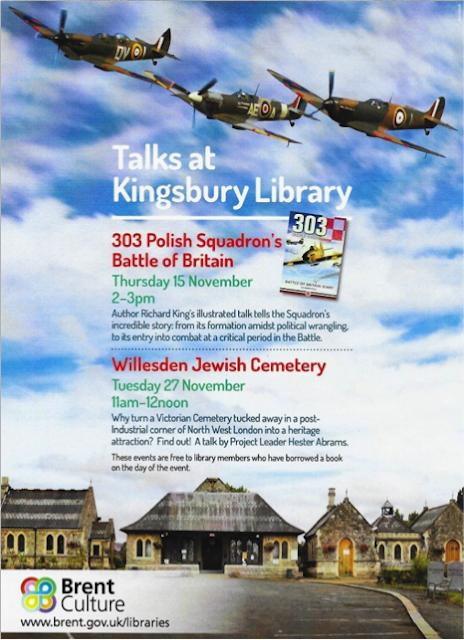 Brent Libraries are putting on a good variety of events this month, but this is about two at Kingsbury Library (see poster), and especially the first talk, which I am looking forward to.


I was pleased to read two articles in the “Kilburn Times” (1st November), which drew attention to the part played, on the British side, by Indian and Somali soldiers during the First World War. Many of us have grown up with a view of history which fails to acknowledge the contribution made by those not of a typically “British” background, and are only now learning the full picture. Richard King’s illustrated talk on Thursday 15th November (2-3pm) is another example of this, from the Second World War.


Most of you reading this will have heard of the Polish War Memorial, but it is more than just the name of a roundabout on the A40, mentioned in travel bulletins on the radio. It is the reminder of a close link between Britain and Poland which goes back to the dark days of 1939 and 1940.


Although the prospect of war with Nazi Germany had been growing for several years, it was Hitler's invasion of Poland in September 1939 which triggered World War Two. Although their country was soon overrun, some of Poland's pilots managed to escape, and make their way to France, then Britain.


At first there was some political resistance – they were “foreigners”, they spoke little or no English. However, by June 1940 they were accepted as volunteers into the RAF, and organised into their own squadrons. 303 (Polish) Squadron, based at Northolt aerodrome, was one of the first of these. 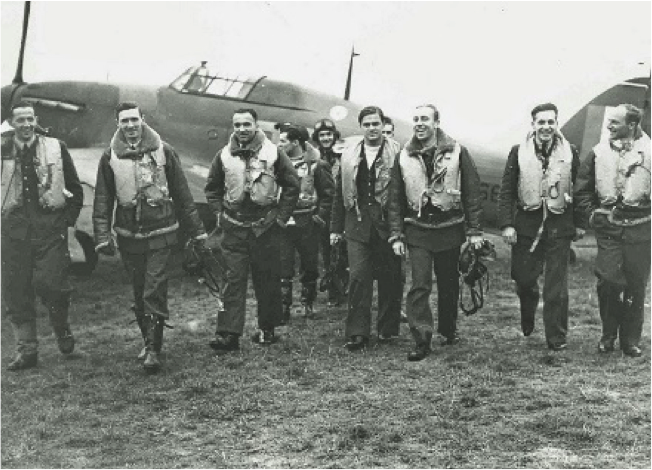 
It soon became apparent that the skills and combat experience which the pilots had brought with them matched, or even exceeded, that of their British and Commonwealth comrades. Many of the fighter pilots who defended the skies over West London, and beyond, from Luftwaffe bombers during the Battle of Britain were Poles, and a number of them died in the conflict. That is a story which deserves to be known, and will be told at Kingsbury Library on 15th November.