'Brent is stealing our Bridge Park legacy...it is part of our Black Heritage'


A legal battle is on between Brent Council and the Afro-Caribbean community of Stonebridge, Harlesden and Monks Park over the future of Bridge Park.  The centre is part of a Council redevelopment project that includes the long-empty Unisys building.  It is much more than a legal battle - it is a battle for the beating heart of the local community.

Wembley Matters has covered the dodgy nature of some of Brent Council's partners in their development scheme and this was reinforced by trenchant criticism of the Council by the late Dan Filson. LINK  LINK


Bridge Park was set up by young black people in the 80s at a time of the uprisings. It is part of black heritage in the borough that came from the grassroots, just as the Stonebridge Adventure Playground, closed by the council, also had its roots in the community and amongst the young.

BPCC successfully appealed to the Land Registry over the sale of the land and it was blocked  but now the council is fighting back through legal action.

A fundraising campaign is now underway to take the council on: LINK
and there is a petition of to stop the sale and return control and development of the Bridge Park site to the community HERE

(a) To show the “London Borough of Brent” that we have an interest in the land, and to therefore suspend the sale of the Land and property referred to as “Bridge Park Community Leisure Centre”.
(b) To secure the Community interest in the Land and property by means of legal, public and political action.
(c) To develop a self-sustaining Centre of Excellence providing educational, Technology, social, well-being and commercial facilities.
(d) To encourage Brent Council and all parties to engage with BPCC in peaceful timely negotiation (ADR), Mediation or Arbitration as opposed to costly litigation with a view of coming to an agreement in relation to the Community’s control and interest in the said Land and Property. 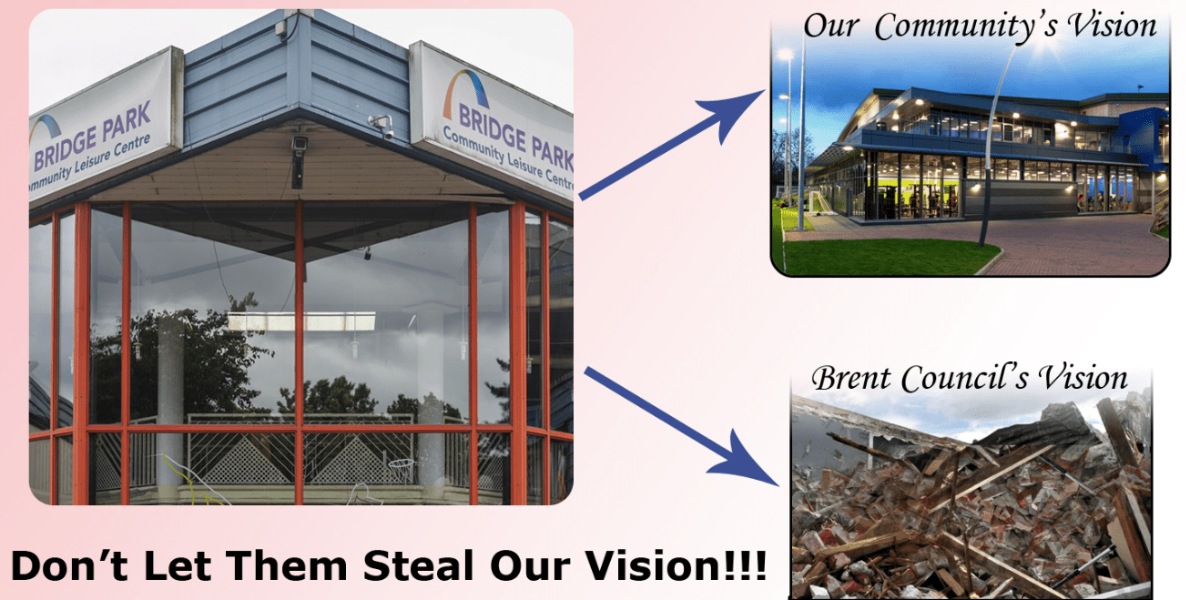 THANK YOU FOR CONTINUED SUPPORT TO SAVE BRIDGE PARK LAND & COMPLEX

*FIRSTLY - BRIDGE PARK IS NOT SOLD.

Bridge Park Community Council as successor to HPCC established Bridge Park Complex Steering Group, to protect the interest, control and development of the Bridge Park Land and Properties for the community.

In the 1980s, HPCC, founded by a group of young 16-20 year olds, who followed their vision and desire to serve the community, and to ensure that the young men and women growing up in Stonebridge, N.W London had facilities and opportunities to empower them to succeed.  They bought the land supported by sourced grant funding of £1.8m.

They raised a further £3m+ along backing to design and build the current Bridge Park Complex seen today. The original vision was for the creation of educational, commercial business units, sports and multi-purpose facilities.  The land is estimated to be worth over £50 million on the open market.


In order for HPCC to obtain the funds, Brent Council acted as custodians ONLY: with no right to sell, transfer or dispose of the land, acquired by the community for the community. The Bridge Park site had a protective covenant on the land.  Brent Council officers removed the covenant prior to February 2014.  The community were not informed. [Wembley Matters here is the LINK to the report to the Brent Executive in June 2013 which states: The Bridge Park site had a covenant on it that sports and community uses should be protected and around half of any value of any development would have to paid to the LB Bromley (as successor body to the GLC). However officers have successfully re moved this covenant.]

Activists in Camden would like to support this campaign. I wish to share this article (as well as other related articles and videos) to www.bamenewshighgatelabour.wordpress.com. I will clearly acknowledge all sources.

Yes that's fine with me. An acknowledgement and link would be good.