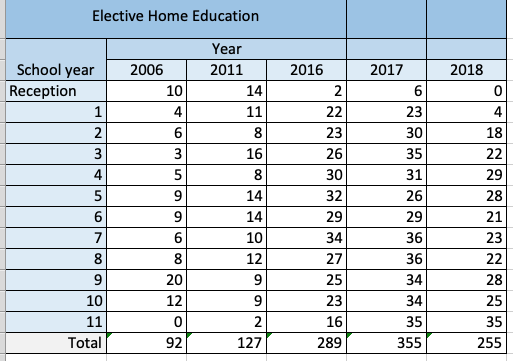 The number of children home educated in Brent has fallen by 100 since last year an FoI request shows. The fall in the first four years of primary school may reflect the easing of the primary places shortage with parents being offered places in their chosen school when children move out of the area. Despite the fall compared with last year, figures are well up on those of 2006.

Apart from parents keeping children at home, rather than taking up a place in a school they do not like, some parents opt to home educate their children because they reject the high-stakes testing of primary pupils LINK or because they feel their children's special needs are not addressed in mainstream schools.

The legal position is that education is compulsory but schoooling is not. Read more HERE

Many home educators are resisting this as a threat to their rights as parents to educate their children in their own way without interference from the state.  They point out that home-educated children are less likely to be harmed than those at school.

There are several groups of home educators in Brent who come together to provide activities for their children and enable them to socialise.


In 2016 the ethnicity of home educated children was as follows with the number of Somalis particularly high. The table is rendered less useful due to the large number of 'unknowns':

I would be pleased to publish any comments  about the issue from home educators, or home educated children.
Posted by Martin Francis at 21:30:00