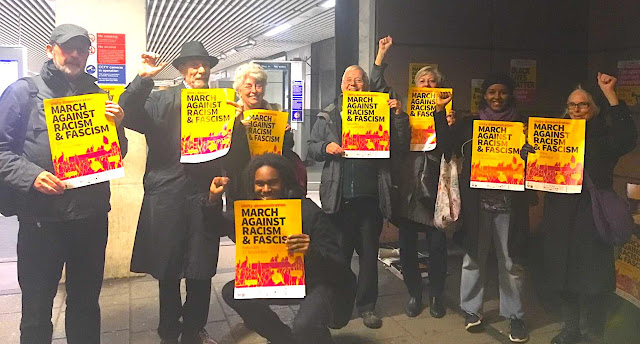 The police appeal below illustrates how racists feel increasinglyconfident to air their prejudice even in diverse areas such as Wembley. This is happening against the background of the Trump presidency and the election of extreme right-wing parties into government in Europe and more recently in Brazil.

At the same time Brexit has fed a narrow nationalism often spilling over into racist and Islamophobic incidents and here in Brent we have seen anti-semitic graffiti in Dollis Hill. Elsewhere supporters of 'Tommy Robinson' and the Football Lads Alliance have taken to the streets to spread division.

That is why it is important to come togaeher as a community and show that we will stand together and not be divided by these forces.

Local activists from different groups came together at WembleyPark station yesterday evening to leaflet for the November 17th National Unity March Against Racism and Fascism.  We received a sympathetic response and other leafleting sessions will be held across North West London before the event.

The demonstration assembles at 12 noon on Saturday 17 November outside BBC Broadcasting House, Portland Place, LONDON W1A 1AA. It is called by Stand Up to Racism, Unite Against Fascism and the Trades Union Congress and is supported by Love Music Hate Racism and almost every trade union. Join the demonstartion to show the racists that there are many, many more of us than them. 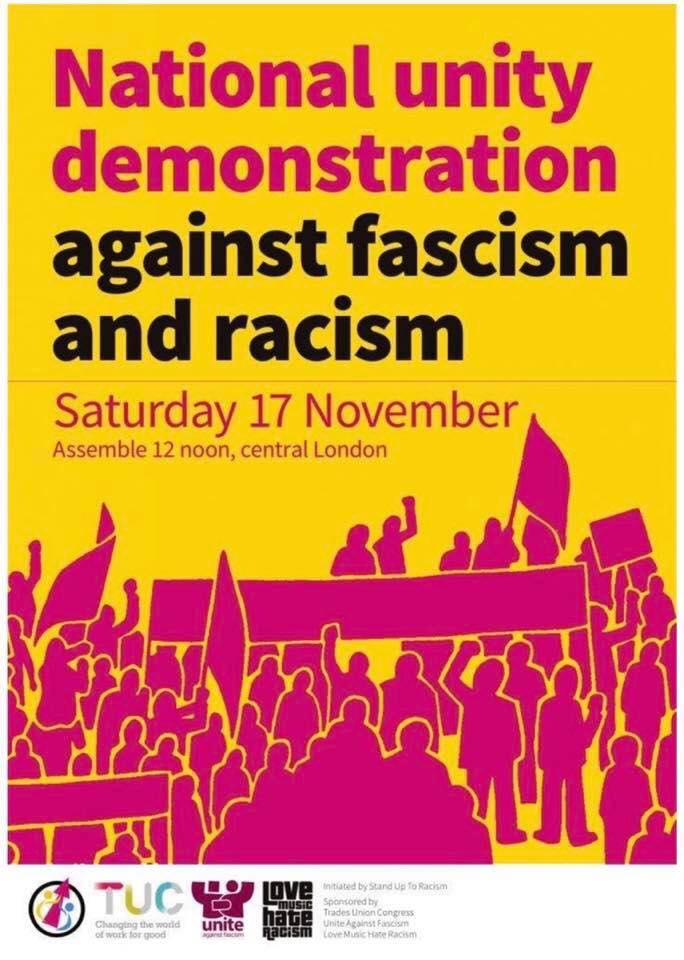