For the past 40 years, Wembley has only had one Blue Plaque commemorating a famous former resident*. This week it got its second!


Thanks to the efforts of local resident, Tony Royden, the plaque was installed on the wall above a shop at 4 Ealing Road, near the junction with Wembley High Road: 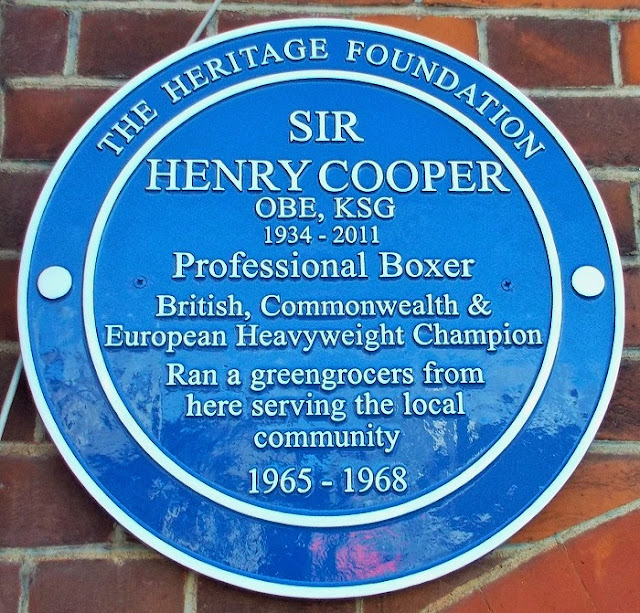 Photo of the plaque, courtesy of Tony Royden


As well as fighting some of his most famous boxing matches in Wembley (at Wembley Arena, and most memorably against Cassius Clay - later known as Muhammed Ali - in front of 55,000 people at Wembley Stadium in 1963), Henry Cooper lived at 5 Ledway Drive (near Preston Road) from 1960 until 1975.

He is probably less famous for his three years as a greengrocer (while still British and Commonwealth Heavyweight Champion), at the shop which he opened on 9 November 1965. His former home is a bit off the beaten track, so the plaque above the shop is a much better location to publicise this famous Wembley resident.
HERE