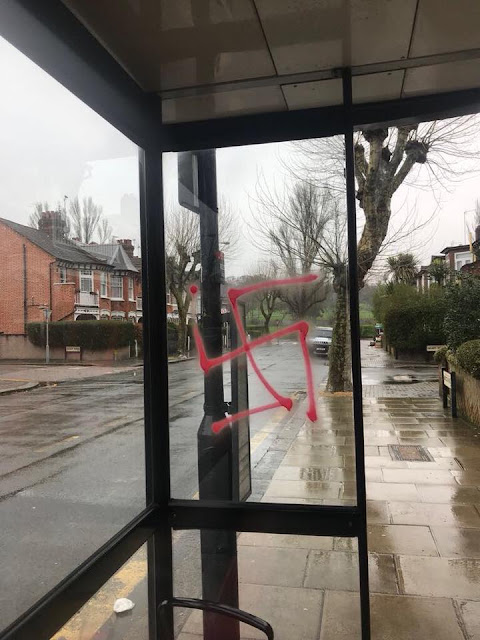 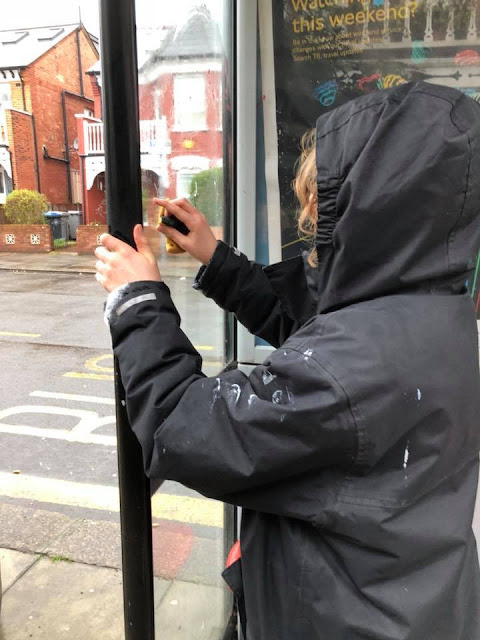 
I'm horrified to see my Jewish neighbours targeted in this way. Anti-semitism is real on the far right and we won't tolerate it in Dollis Hill.

We will be holding a vigil in solidarity on Tuesday evening at 7pm at the bus stop on Hamilton Road. (Near Dollis Hill tube). I hope lots of local people can join us to show our community is united against hate 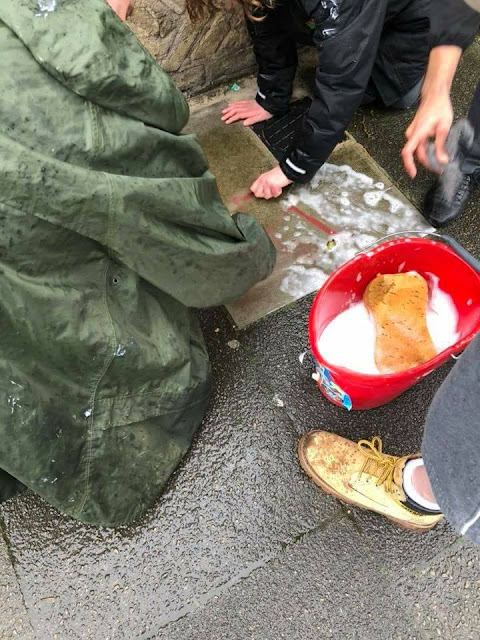 Sadly there has been anti-semitism in the area in the past when a memorial in Gladstone Park to prisoners of war and concentration camp victims by Fred Kormis was vandalised in 2003. This too led to a counter demonstration opposing racism and anti-semitism. The memorial now has Grade 2 listed status. 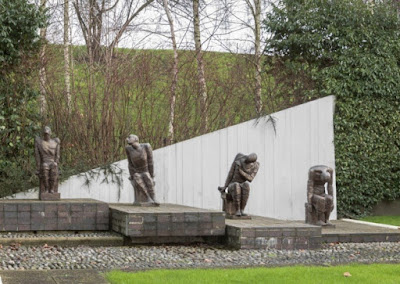 I was on the demonstration to protest against the Nazi desecration of the Holocaust memorial (was it 2003? I thought it was earlier), possibly and thankfully the only time there's needed to be a protest march though Gladstone Park. It was organised at short notice by local residents and trade unionists, with a very good turnout, which must have made an impression on the Nazis, as they never came back.

I think there were actually 2 episodes. One with paint daubling and then another when the heads were pulled off etc. I also remember going on a protest where Michael Rosen was present.

Anti-semitism is everywhere. I was on the tube last Saturday at about 9.30am when a man verbally abused me for being a stuck up Jewish princess. My transgression was not having joined in his drunken diatribe against the train being held for 5 minutes outside Harrow on the Hill Station which ended with a mad anti-semitic conspiracy theory. I didn't deny or confirm his assumptions.
Charlie Chaplin was often asked if he was of Gypsy or Jewish extraction and he always refused to answer saying that to deny belonging to a minority was to further stigmatise that minority.

A ranting anti-semitic conspiracy-theorist drunk at 9.30 in the morning?
Bit early for Paaul Dacre surely?