Why were Brent workers allowed to work in Paddington Cemetery without protective clothing when specialists deem it necessary? 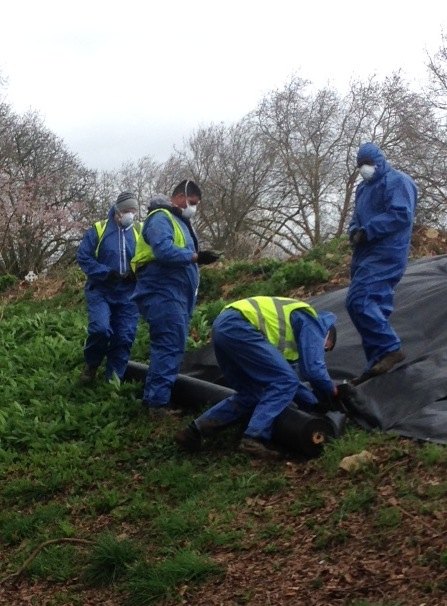 Councillor John Duffy has returned to the controversial issue of asbestos at Paddington Cemetery. He has written to Brent Council enclosing the above photographic evidence.

In an email to Brent Council officers and members he states:

You can see from the photo the contractors are working in the area Brent Council officers were conveniently unable to identify from the original photo (albeit the area was signed posted). Again i think this highlights the cover -up that has been taking place by Brent officers to extent of the contamination by builders' rubble containing asbestos and the cost to Brent residents to clear or remediate the site.

I also hope you will ensure officers give a full explanation of why officers deliberately mislead members of the public at a public meeting, saying  that they were unable to identify the location  "Photographs were not conclusive works and precise location not identified " when they were fully aware of both the location and work that was carried out.