We Are Dollis Hill; No Nazis Here Vigil Against Racism and Anti-semitism 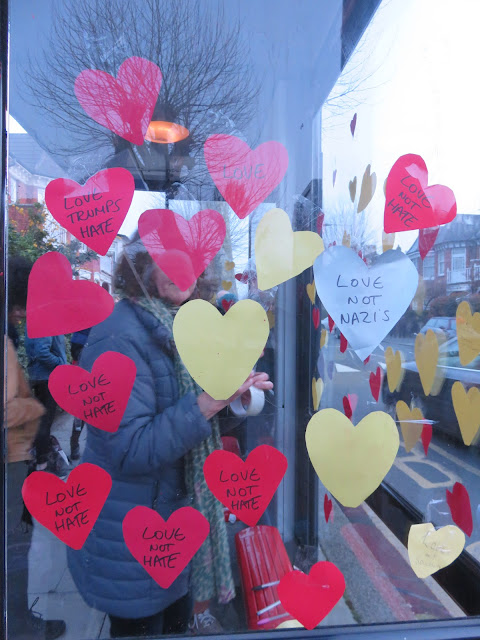 There was a good turn-out at tonight's vigil in Hamilton Road, Dollis Hill, after the discovery of Nazi graffiti at the weekend.

The vigil was addressed by Rabbi Baruch Levin and Muahmmed Butt, leader of Brent Council as well as members of the local community.

The message was clear that we were united against such attempts to divide the community and had learnt from history what happened if such ideas and movements were not opposed.

The hearts on the bus stop and messages on the pavement were reclaiming our streets. 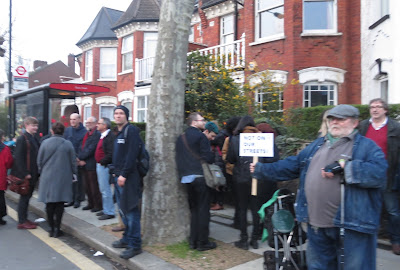 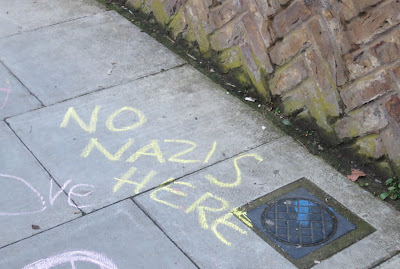 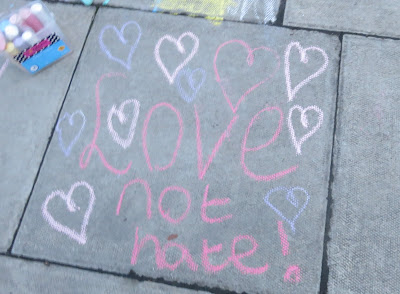 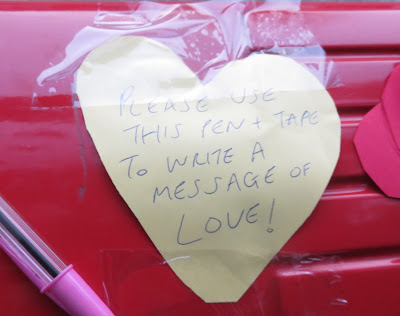 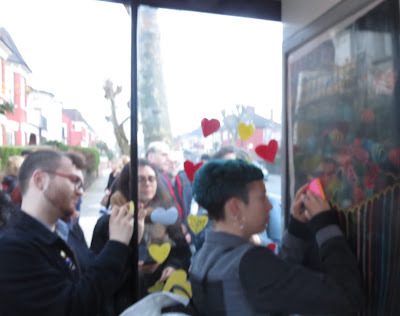