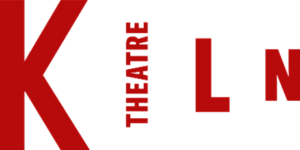 I have reported on the social media backlash over the rebranding of The Tricycle Theatre as The Kiln although the rebrand does have its supporters. For a full account of the change see LINK

Now John Duffy fighting Kilburn as an independent in the local election, has thrown his weight behind a petition calling for the retraction of the name change.


I urge everybody from Kilburn and Brent to sign the petition below to ensure the Tricycle Theatre retains its name.

I have lived in Kilburn all my life and during that time the Tricycle Theatre has played a major role in the lives of  many Kilburn Residents.

I was on the board of the Tricycle in 1987 to help rebuild the theatre  following the fire in  1987 , which burn a large part of the Theatre to the ground. At the time it seemed like it  we would be unable to rebuilt the theatre, because of the lacking of funding. However with the help of the Arts Council and local residents we did. At the time I remember the fund raising slogan was the “ Tricycle has Risen from the Ashes'.

The name the Tricycle is important as a landmark for Kilburn, everybody knows “The Trike” I think the brand name of the Tricycle is a good brand  and the Theatre will always be known as “The trike” whatever whatever  the ad-men say.

The idea that marketing men , Brent Council and the board, can change tradition and history without any consultation with the residents is fundamentally wrong. Local residents pay for The Tricycle via Brent Council grants and should have a say in any name change.

The petition set up by the Brondesbury Next Door group can be signed HERE. As yet there is no rival petition supporting the name change.

The name of the theatre and cinema that the local community has loyally supported for many years has been changed, without consultation, from ‘The Tricycle’ to ‘The Kiln’. The attempt at re-branding is unnecessary, costly and squanders the established reputation of The Tricycle. The loss of loyalty may lead to the theatre closing - already many local people have declared their intention to boycott it when it reopens. In addition the name ‘The Kiln’ has unfortunate associations to a fire in the eighties, when the theatre burned to the ground. Please support us by signing the petition for the name to be changed back to The Tricycle - It only takes a moment...

Whichever side of the debate is correct I can't help but think the name change has garnered much more publicity than a simple re-opening after refurbishment would have done.