Shame on Tories as 'hostile environment' hits the Windrush generation 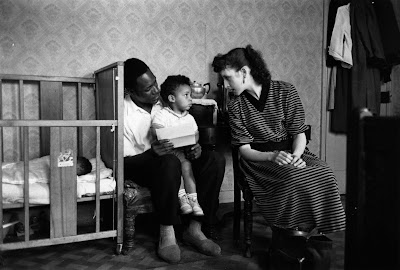 It is upsetting that the BBC intends to broadcast the full Enoch Powell ‘Rivers of Blood’ speech at the same time as the government behind the scenes is attempting to deport the  children of the Windrush Generation, who came here between 1948 and 1971 but do not have the right documentation, apparently because the then government did not keep the records.

Powell’s speech was made on April 20th 1968. I remember how my blood ran cold when I heard reports of his speech, only to be chilled further when  I witnessed Smithfield porters, in blood stained aprons, marching in his support.

Minors who came to the UK from the West Indies in that period are adults who have worked here all their adult life, contributed their tax and national insurance, and enriched our communities and culture. 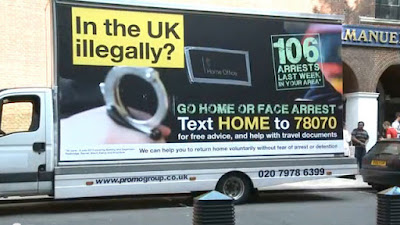 This is not just coincidence. When Home Secretary Theresa May was the author of the ‘hostile environment’ strategy. The 3 Million organisation LINK explains:

In May 2012, the then Home Secretary Theresa May said in a Telegraph interview: “The aim is to create here in Britain a really hostile environment for illegal migration... What we don’t want is a situation where people think that they can come here and overstay because they’re able to access everything they need.”

​The ‘Hostile Environment’ is a set of measures, both administrative and legislative, to make life so miserable for anyone without immigration status, that they will ‘self-remove’. It includes limiting access to employment, housing, healthcare, confiscating a driving licence, freezing bank accounts, restricting rights of appeal against the Home Office’s decisions. At the same time rules are made ever more complex (they have been called Byzantine in the Court of Appeal). And the Home Office has a tendency to appeal decisions then delay the appeal process unnecessarily, and there is even a history of non-compliance with orders of the courts.

Now a hostile environment is being applied to people I have taught, who have been work colleagues, friends and neighbours, who have treated me and you in hospital - I could go on but you get the picture. Families are being divided and people uprooted by this racist government while the media focus on Jeremy Corbyn who is guilt of none of these things.

We are fighting for the rights for the children of the Windrush Generation who have been declassified as no longer British Citizens but yet the BBC have the time and audacity to broadcast the full speech of Enoch Powell Rivers of Blood.

70 years ago this year the Windrush generation, including my parents, were invited here as citizens and now their children are being treated like criminals. Inhumane and wrong.

Recent cases of the Home Office stripping rights from post-war Caribbean migrants are simply shocking. Please help get this petition to 100,000 signatures so that can have a debate in Parliament on securing justice for the Windrush Generation.

I don’t think people realise the level of anger, that we feel about these deportations. It feels like a deep violent invasion driven by a callous hatred, a codified government racism, that denies us our basic citizenship after taking our taxes.