1 Morland Gardens – why Brent should not award a contract 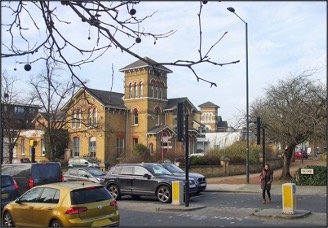 Despite being given many good reasons why they should not go ahead with their proposed redevelopment of the locally listed Victorian villa at 1 Morland Gardens, the current home of the Brent Start adult education college, notice has appeared on the Council’s website of the intention to award a contract for the work.

I have responded to that by sending an open letter to Brent’s Strategic Director for Regeneration, who can authorise that award, and to the Lead Member for Education, who should be consulted before that decision is made. I have asked Martin to publish my open letter, so that Brent’s residents are aware of the reasons why that contract should not be awarded:-

This is an Open Letter

I note from Brent Council’s website that Mr Lunt will be requested to decide, on 4 January 2022, to approve the award of ‘a contract to enter into a Two Stage D&B JCT Contract’ in respect of the Council’s proposed development at 1 Morland Gardens, Stonebridge.

There are a number of reasons why no such contract should be entered into, at least until several outstanding matters have been resolved. I would set these out as follows:

1. Stopping-up of highway and/or footpath:

There has been previous correspondence, and Freedom of Information Act requests, about this issue, yet Brent Council has still not sought to obtain a stopping-up order for the highway or footpath which runs in front of 1 Morland Gardens. Unless or until such an order is obtained, the land which that right of way runs across cannot be built over or obstructed with hoardings around a construction site.

This was confirmed by Brent’s Development Management Manager in an FoI response of 25 May 2021, when he said:

‘An application to formally stop up the highway has not yet been received. This would need to be submitted and approved prior to any development taking place on the areas that are currently adopted highway. Until the stopping-up process has been completed under S247 of the Town & Country Act 1990, works will not be able to start on the development insofar as it affects highway land.’

As the proposed redevelopment at 1 Morland Gardens is dependent on that highway / footpath being available to be built over, it seems reckless to award a contract for that development until it is clear that it is legally permissible to do that.

2. Appropriation of Land for Planning Purposes:

As with 1 above, it does not appear that either of the two parcels of land required for the proposed redevelopment have been appropriated for planning purposes.

The land and buildings at 1 Morland Gardens itself are currently used for educational purposes. That may well need to be appropriated for a mixed-use development to take place on the site.

The land in front of 1 Morland Gardens, as well as the highway / footpath, is open space used for a community garden. Its trees and gardens (although the Council has allowed them to fall into some disrepair) still provide an area of peace for residents, shielded from the busy traffic of Hillside and Brentfield Road, and a haven for wildlife. In a time of climate emergency, they also help to deal with air pollution and CO2 emissions.

Can you honestly say that this land is no longer required for those purposes? If not, it cannot be appropriated for planning purposes. And as the plans for which the Council received approval depend on building over that land, the redevelopment could not proceed without appropriation, so awarding a contract for that work would be pointless (and costly).

Both the stopping-up and the appropriation are legal requirements before the Council’s plans can go ahead. I would remind Mr Lunt of what he wrote in an email to me on 2 June 2021:

‘I confirm that the demolition of “Altamira” will not take place until all necessary legal pre-requisites are in place.’

The demolition of the locally listed Victorian villa, originally “Altamira” and now the Brent Start college at 1 Morland Gardens, is required if the proposed new development is to be built. If that cannot be demolished (and as a heritage asset, Brent’s own adopted policies should mean that it is not demolished!), there is no sense in awarding a contract reliant on that demolition.

4. Effect of the proposed demolition on Climate:

It is now well established that demolition and rebuilding on the same site emits far more CO2 than simply refurbishing an existing building, and the difference between the two figures is very large. Brent Council, having declared a Climate Emergency, should not be embarking on projects which contribute more to the harmful effects of Climate Change than is necessary.

I have argued before, and still believe, that Brent Start would be better served by building a new college facility as part of another redevelopment (such as that at Unisys / Bridge Park). That would mean the college only has to move once, and 1 Morland Gardens could them be the subject of a sympathetic redevelopment for social housing, which retains the historic parts of “Altamira”, and only demolishes the later additions.

As well as being better for the climate, Brent’s acceptance of my proposed option would free up the Twybridge Way site, so that Phase 2 of Brent Council’s new housing plans for Stonebridge (including family houses and the much-needed independent living flats) can go ahead, rather than delayed for years by being tied to your flawed Morland Gardens plans.

Again, entering into the proposed contract would commit Brent to the current scheme, or incur substantial costs in getting out of it.

In the “Authority to Re-tender Report” last summer, this type of contract was described as follows:

‘With a two-stage D&B contract, the first stage is the Pre-Construction Services Agreement (PCSA). The PCSA will define the services that are required of the contractor during the pre-construction phase and is generally similar to a consultancy agreement. It will make clear the contractor is undertaking design work, the design liability and what will happen to this liability if they are not appointed for the second stage. If the contractor operates within the GMP and approved budget, the Council triggers the second stage by entering into the D&B Contract and the building works then commence.’

Why is it proposed that ‘the contractor is undertaking design work’ and ‘design liability’, when full planning permission was given for a detailed design by architects Curl la Tourelle Head? That design was given an award in September 2020.

The approved and award-winning design would have a ‘cross-laminated timber structure’ (and be one of the tallest buildings in this country to use that method), with ‘innovative hybrid steel reinforcement’ supporting external cladding. If the contractor given the proposed D&B contract wishes to keep within Brent’s maximum price (“GMP”) for the scheme, there is a severe risk that they would cut corners, both in modifying the design and carrying out the building work.

That appears to be what happened over another award-winning innovative design, for the 2009 development called Granville New Homes in South Kilburn. You are (or should be) well aware of the problems and additional costs to Brent Council which that has caused! Awarding the proposed D&B contract for 1 Morland Gardens could well lead to similar results, and you should reconsider the situation very carefully before doing so.

Although the Officer Report to Planning Committee glossed over this point, Thames Water pointed out that because the footprint of the proposed building would take it within 5 metres of major water mains along Hillside and Brentfield Road, construction should not take place. This was “dealt with” by including a condition (No. 44) in the formal planning consent:

‘No construction shall take place within 5m of the water main. Information detailing how the developer intends to divert the asset / align the development, so as to prevent the potential for damage to subsurface potable water infrastructure, must be submitted to and approved in writing by the local planning authority in consultation with Thames Water. Any construction must be undertaken in accordance with the terms of the approved information. Unrestricted access must be available at all times for the maintenance and repair of the asset during and after the construction works.’

In other words, the water main under these roads, and at a very busy junction, must be “diverted” before any construction on the site can take place. Has this major work been done, or has Brent Council set aside the money for this work? If not, there is again a built-in delay before any construction could take place at 1 Morland Gardens. No contract should be awarded until that matter has been resolved.

I hope that you, Mr Lunt, and Cllr. Stephens (who should be consulted as Lead Member on this project), will consider the points I have raised very carefully, before reaching a decision on whether to award the proposed Design & Build contract for 1 Morland Gardens.

If you feel that the reasons I have given, for not awarding the contract, should be ignored, I would be grateful if you would write to me to explain why. Thank you.

I have received an email from Cllr. Thomas Stephens, confirming that he has received my open letter.

I hope that he, and Alan Lunt, Brent's Strategic Director for Regeneration, will consider it carefully, and avoid adding to the string of errors which Brent Council has made over their ill-conceived 1 Morland Gardens project.