BREAKING:  After a discussion which focused on  the  foul water surface water flooding danger - of the Lidding Road site and immense concern that Thames Water had not addressed the long-standing issue, the Planning Committee decided tonight to defer a decision on the planning application.

Committee members wanted assurances that the sewage pipes, descibed as 'broken, damaged and collapsing' by John Poole making representations on behalf of residents, would be repaired, replaced and upgraded, otherwise the new development would exacerbate the problem.

Thames Water had said that the system had capacity for the new development but councillors were sceptical and did not appear to be reassured by the statement.

Some members also wanted a construction vehicle management plan give the nature of the local road, 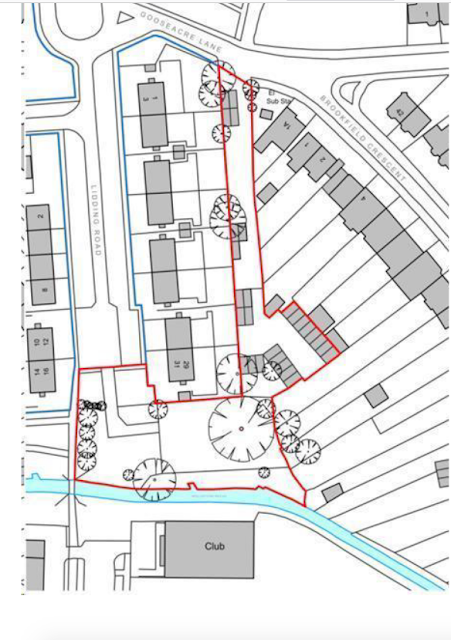 The development site from planning report (outlined in red) 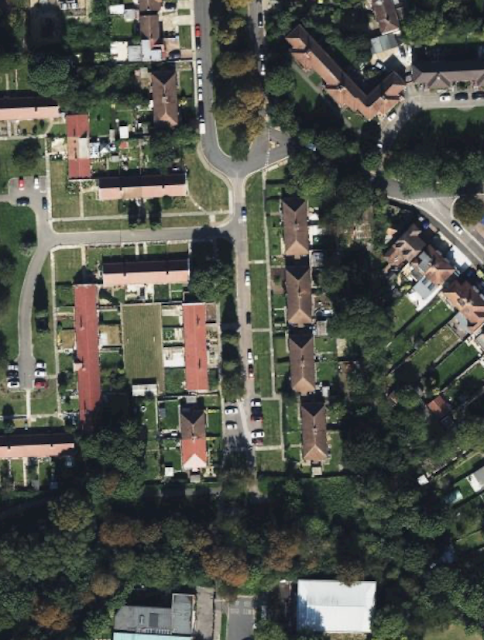 Wembley Matters has been been covering concerns over fluvial (river) flooding and surface water flooding in the borough in the wake of climate change. Local residents are usually better informed about the history of such events than planning officers, but this local knowledge is often dismissed and plans go ahead.

Tonight's Planning Committee will be discussing a Brent Council in-fill development at Lidding Road, Kenton,  which residents say will exacerbate flooding problems from the Wealdstone Brook and current sewage draining problems. Trees and some green space will also be lost according to objectors.

This is what Friends of Woodcock Park had to say:

The site is totally unsuitable. It is in Flood risk 3 area. Flooding in this area is a problem as is water run off.


Sewer pipes are shown running directly under the proposed development. Plot 5 has been designed with a manhole underneath it. This is contrary to Thames Water's policy of building over sewers. Thames sewers are constantly being blocked and require access to clear the problem.

Only yesterday  (September 28th) work was being carried out to clear a blockage in this sewer which runs from Woodgrange Close across the Park to Brookfield Crescent. These are old sewers which are prone to collapse, which has happened several times within the park itself and at the end of Lidding Road. The ground at Lidding Road is now sinking because of these problems.

The Wealdstone Brook is blighted by sewage, due largely to the infrastructure of dual manholes. We are in constant discussions with Thames Water, but this has been an ongoing problem for decades and will not be completely eradicated until the sewage system is rebuilt. This area is also plagued by rats which run along the Wealdstone Brook and there is often a foul smell of sewage. Who would want to live near an open sewer, liable to flood, where you are unable to open your windows.

To site properties so close to the Wealdstone Brook is contrary to NATIONAL PLANNING POLICY FRAMEWORK AND PRACTICE GUIDANCE, Chapter 11, making effective use of the land, sets out how the planning system should promote use of land in meeting the need for homes and other uses, while safeguarding and improving the environment and ensuring safe and healthy living conditions. Councillors would be failing in their duty to provide safe and healthy living conditions.


The land at the end of Lidding Road is a greenfield site. maintained by Brent Parks department, at the entrance to Woodcock Park. The loss of green space in Brent, which is already short of green spaces, should not be permitted.


The properties are situated too close to the SINC site, also known as the Wealdstone Brook Wildlife corridor.

Bats: A significant amount of foraging activity was recorded around the dense scrub and scattered trees in the southern portion of the site, and some commuting over this area. In accordance with best practice guidance relating to lighting and biodiversity (Miles et al, 2018; Gunnell et al, 2012), It is essential that any new lighting should be carefully designed to minimise potential disturbance and fragmentation impacts on sensitive receptors, such as bat species. Examples of good practice include:

- Avoiding the installation of new lighting in proximity to key ecological features, such as hedgerows and woodland edges.


The parking spaces allocated next to the Wealdstone Brook will create light disturbance from the headlights of the cars. In addition what guarantees are there that residents of these properties don't add their own external security lighting.


Security is a big issue in this area. Anti-social behaviour continues to be problem in and around Woodcock Park, we have drug dealing and have even had a stabbing in the Park. The footpath between Lidding Road and Shaftesbury Avenue across the Wealdstone Brook needs to have clear sight lines. The area should be kept open, with space either side of the footpath. The development should not go right up to the footpath. 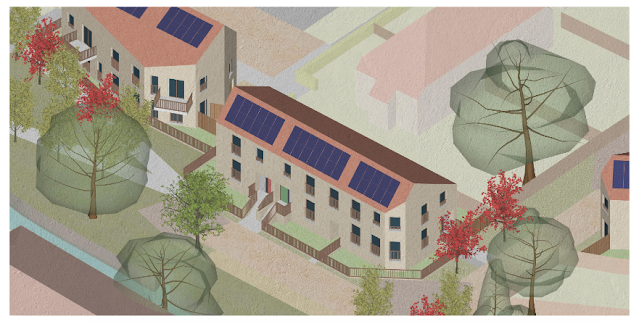 Visualisation next to Wealdstone Brook

The officers report LINK  argues that the disbenefits are outweighed  by the benefit of supplying 8 housing units, 5 of which are family sized at London Affordable Rent and that the plans will actually improve drainage and mitigate the risk of flooding. Some failures to meet amenity space guidelines are said to be made up for by the proximity of Woodcock Park.

On the sewer over-load issue  the report airily hands over responsibility to Thames Water:

Concerns have been raised that the development would be impacted by on increase these issues. The local sewers are owned and maintained by Thames Water and as such Thames Water is responsible for the maintenance of this system.

This is a common feature in many planning applications.