A “report back” blog by Philip Grant: 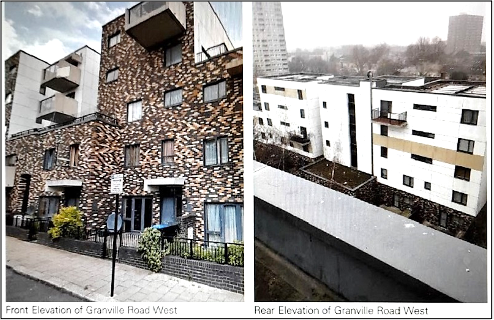 Some Granville New Homes images from the Ridge Report.

There was great interest in October, when Martin shared details of the scandal over Granville New Homes, where repairs to these South Kilburn flats would cost more than the blocks cost to build, only twelve years ago.

Proposals for these homes to be taken over by the Council from its company, First Wave Housing Ltd (“FWH”), were considered at an extraordinary meeting of the Community and Wellbeing Scrutiny Committee on 7 October. Committee members were told that the repairs would cost £18.5m, but had to rely on a report which had been prepared for a Cabinet meeting the following week, and on information and answers given to them by Council Officers and Cabinet members. 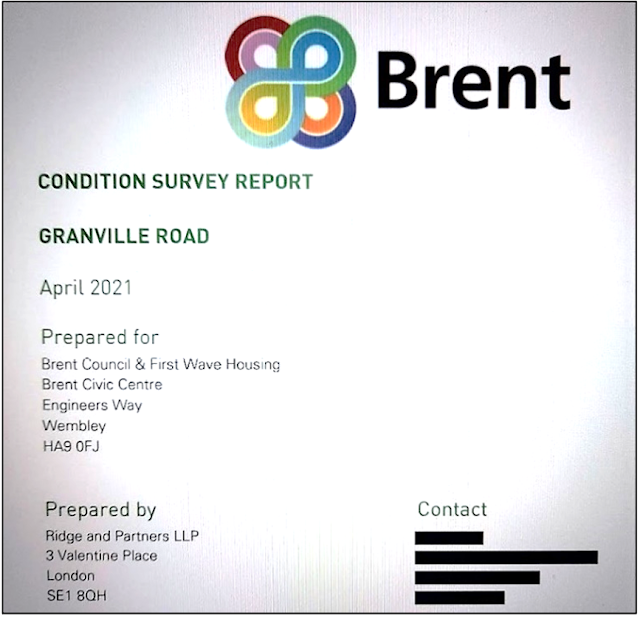 Title page of the Ridge Report.

The committee had not been allowed to see a copy of the report by the consultants, Ridge and Partners, who had carried out a detailed survey of the Granville New Homes buildings. Martin obtained a copy of that Report from Brent Council, under the Freedom of Information Act, and published it on “Wembley Matters” in November.

When I read the Report online, there seemed to be discrepancies between some of the details it showed, and what the Scrutiny Committee, and an earlier Audit & Standards Committee meeting, had been told. I added a comment below the 11 November blog, and sent a copy of that comment in an email to the two Committee Chairs involved, to draw those “discrepancies” to their attention.

I heard nothing more about it until 7 December, when I received an email from Brent’s Legal Director, saying: ‘The councillor, the Independent Chair and the Chief Executive have asked that I consider your email and respond and I will be in contact with you as soon as possible.’ I’ve now received her response, and as my original comment is “in the public domain”, I think it only fair that Brent Council’s explanation for the “discrepancies” should also be publicly available. I will set out my original comment, and the Council’s response below.

I will not comment further on them, other than to say that when a small number Senior Council Officers and Cabinet Members have so much power, I believe that they should provide full, accurate and clear information to the elected councillors whose scrutiny of their decisions is an important safeguard on behalf of the local community. You can judge for yourselves whether they did so over Granville New homes and the Ridge Report.

My comment of 12 November 2021 (under published copy of the Ridge Report):

‘There appear to be some discrepancies between the Ridge Report above, and how it was presented to Cabinet on 11 October 2021, in a report signed off by Brent's Chief Executive.

The opening paragraph of the report to Cabinet members says:

'First Wave Housing (FWH) has commissioned a report from Ridge Consultants to investigate water penetration, cladding, fire safety and window issues at FWH’s Granville Road, Princess Road, and Canterbury Road blocks (otherwise known as Granville New Homes). Ridge have recommended that works be carried out at the blocks to remediate these issues. It is estimated that the cost of works will be £18.5m. This makes the FWH business plan unviable.'

This clearly states that fire safety was investigated as part of the Ridge Report; but the report itself (see bottom of page 24 of the document in the blog above) says:

'Fire safety matters, relating to the cladding have not been commented on in this report as they are excluded from the scope. From what was seen, during the opening up of the cladding, there are a number of issues which should be further investigated by a façade specialist and fire engineer. These include possible combustible insulation and seemingly a lack of cavity barriers within the cladding system. The cladding systems should be reviewed, from a fire safety perspective, as a matter of urgency.'

Page 26 of the Ridge Report gives the budget cost estimates of the work identified as a result of this consultant's investigations:

Clearly, there is a difference between the £13.645m figure in the Ridge Report which has now been disclosed under FoI (and which was not made available to the members of the Audit or Scrutiny Committees, when they considered the problems and proposed solutions over Granville New Homes), and the £18.5m figure in the report to Cabinet.

Was there a second specialist report on the fire safety issues, with the estimated cost of that remediation making up the almost £5m difference between the two figures?

If not, what is the explanation for that difference?

And if there was a separate fire safety defects report, why was that not mentioned in the report to Cabinet, and why has that report not been disclosed to councillors, or made public?’

Relevant extracts from the Ridge Report.

Your email references reports considered by three council bodies, Audit and Standards Advisory (22 September 2021 (ASAC)) Community and Wellbeing Scrutiny (7 October 2021) and Cabinet (11 October 2021) and raises three areas of concern which I address below.

1. Commissioning of the Ridge Report

The council provides housing management services to FWH.  Therefore, FWH asked the council to commission the report on its behalf and the cost will be borne by FWH.

2. Ambit of the Ridge Report

You refer to the first paragraph of the Cabinet report, part of which reads:
“commissioned a report from Ridge Consultants to investigate water penetration, cladding, fire safety and window issues”and to the Ridge Report which refers to: “Fire safety matters relating to the cladding” being excluded from its commission.

The paragraph you refer to in the Cabinet report is a summary paragraph and the detail behind that summary appears later in the report.  Paragraph 3.6 of the Cabinet report refers to the council’s own Housing Property Services presenting the result of fire risk assessments and intrusive investigations into fire safety concerns and to Ridge presenting the result of intrusive investigation into water penetration, cladding and window issues.   I consider this corrects any misunderstanding as to the scope of the investigations commissioned from Ridge that the summary paragraph may have led to.

Further, the Ridge Report, makes reference to fire safety issues which happened to be observed during Ridge’s investigations and suggests that cladding systems be reviewed from a fire safety perspective as a matter of urgency.  The review had effectively already been undertaken following the Fire Brigade Improvement Notice and therefore included in the presentation by Housing Property Services referred to in the report.

3. Discrepancy in figures given for estimated costs of repairs

As you point out, page 26 of the Ridge Report gives the cost estimates as totalling £13,645,000 but the Cabinet, ASAC and Scrutiny reports refer to estimated costs of £18.5m.  You query why this is and whether there is a second specialist report on fire safety issues which accounts for the difference.

This figure of £13,645,000 is included in the £18.5m referred to in the reports.  As set out in paragraph 3.9 of the Cabinet report, that higher figure also includes the cost of fire safety work already undertaken and paid for by FWH, e.g. the waking watch over the premises and a new fire alarm system, and a contingency figure.  In addition, paragraph 3.9 make clear that the total figure is inclusive of VAT, which FWH and I4B, unlike the council, would be required to pay.  The final sentence of 3.9 should have read that the £18.5m is “based on” an estimated value from Ridge, but in the overall context of the paragraph I think the position was clear.

Although these elements are not explicitly referred to in paragraph 3.4 of the Scrutiny report, the Cabinet report was in the papers presented to the Scrutiny Committee and did contain this information.  This level of detail was not in the report to the ASAC, but as the report was a general update report of which this particular issue was only one element and pre-dated the matter being put to Cabinet as the decision maker, this is unsurprising.

At the time when Ridge were commissioned, they were aware of the fire safety issues identified through fire notices and the test results of the combustibility of the external wall system which had been carried out previously.  The Ridge Report and their cost estimate included the work to remediate these issues. The report of the test results does not include any costs.

In light of the above, I do not consider there is any reason to fear that members were misled by the reports as to the essential issues.  These were that the estimated costs to FWH of dealing with the issues identified in relation to Granville New Homes would render the company’s business plan unviable and an assessment of options for dealing with the situation was required as set out in the report.

Prepared on behalf of: 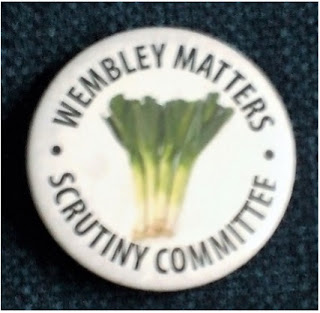 Point number 3 of Debra Norman's email above makes several references to para. 3.9 of the Chief Executive's report on Granville New Homes to the Cabinet Meeting on 11 October 2021. For ease of reference, this is what that paragraph said:

'3.9 Including consultancy services, the waking-watch, the fire alarm system and contingency allowances, the estimated total cost of remediation works is circa £18.5m (including VAT). This figure includes £2m of contingency costs. If the remediation is carried out as outlined, the estimated completion date is September 2023. At present these costs are not affordable for FWH. It should be noted that the £18.5m is an estimated value from Ridge; until works are tendered and completed the actual cost will not be known.'

Zoom out and it is worth watching regarding this GNH 'sick' buildings fiasco ongoing; a wider likely new land assembly objective for Countryside who are building on adjacent Peel Precinct at present. This includes a new 16 storey tower (site already cleared).

Opposite this new Countryside tower is Merle Court, a newish 'sick' building, the mainly mothballed as storage Carlton Education Centre (they can be out tomorrow), the coloniser captured Granville Community Centre (they can be out tomorrow) and the Granville Road Pocket Park flood defence by regeneration renewed in 2010 which is often kept locked-up as land banked and is categorised as a 'site' in the new Brent Local Plan towards 2041.

Does that mean they still haven't paid for it???