How Council Tax Support proposals will hit the poor 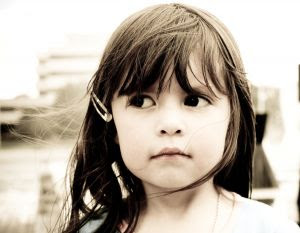 The proactive Chalkhill Residents Association has put up posters around the estate urging residents('THIS IS IMPORTANT')  to respond to the consultation on Local Council Tax Support. The consultation ends on 10th August.  Unfortunately, despite paper copies of the consultation form being available in libraries and One Stop Shops, you really need to view the on-line documentation to get a full idea of the repercussions of the change from Council Tax Benefit to Local Council Tax Support. Unfortunately the complexity of these documents will put many off.  LINK   There was a public meeting about the changes at Brent Town Hall on Friday which unfortunately was not very well advertised with no details on the consultation site or on the leaflets. It didn't help that it was on the Olympics Opening Ceremony day.

In an article in the Guardian last week LINK Polly Toynbee put the changes into context stating that this was another example of the Coalition devolving the axe to councils:


Here's the background: on average, households pay £1,000 a year in council tax. Until now, households on low incomes were exempt or paid only according to their means, so 5.9m households received council tax benefit. From next April, the benefit is cut by 10%, which is bad enough; but then insanity takes over. Each local authority will be given the sum that was handed out in benefit in their area (less 10%) to disperse as they please. They must keep paying the full benefit to pensioners and "the vulnerable". Each council must choose who is "vulnerable", as the government refuses to provide its own definition. Half of the recipients are pensioners, so protecting them means all other low-income households bear the whole cut, averaging 20%. People who live in areas with a lot of pensioners or a lot of the "vulnerable" will suffer the biggest cuts, as much as 30% or more.

Brent Council says that this represents a cut of at least £5.2m in 2013/14 taking account of the increasing number of people claiming benefit.  They say that if they were to retain the current Council Tax Benefit scheme it would have to reduce current services: 'Instead Brent is proposing a new scheme that is as fair as possible and in line with the needs of the community'. They are clearly caught between a rock and a hard place but end up carrying out the Coalition's cuts.

They set out these 'Key Principles':

Principle 1: Everyone should pay something
At present, claimants in receipt of income support, job seekers allowance (income based) and employment support allowance (income related) and other claimants not receiving these but with an income below the required level for their basic living needs, generally receive 100 per cent council tax benefit and therefore pay no council tax.

The council proposes that all working age claimants (unless protected) should pay at least 20 per cent of their council tax under the CTS scheme.

Principle 2: The most vulnerable claimants should be protected (from the minimum contribution)
Claimants will be protected from the 20 per cent minimum contribution if they or their partner or dependants are entitled to a disability premium or enhanced disability premium (normally given where disability living allowance has been awarded) or disabled earnings disregard, or the claimant is in receipt of disabled persons reduction for council tax purposes, war disablement pension or war widow’s pension.

Principle 3: The scheme should incentivise work
At present, the first £5 of a single claimant’s earnings, £10 of a couple’s earnings and £25 of a single parent’s earnings are not counted when calculating their weekly income for the purposes of determining their entitlement to council tax benefit.

Principle 4: Everyone in the household should contribute
At present, a deduction is generally made from potential weekly council tax benefit entitlement in respect of other adults aged 18 or over living in the claimant’s home. These are referred to as non-dependants. A non-dependant is a person who is living with the claimant but who is not dependent upon them, and not living in their home on a commercial basis, (i.e. as a joint tenant or sub tenant). Non-dependants include an adult son or daughter, a mother or father, friend etc of the claimant.

These people are assumed to be giving the claimant some money towards their council tax regardless of whether or not they are actually doing so. This assumed contribution is based upon the non-dependant's circumstances.

The draft scheme proposes doubling existing levels of these contributions. Additionally for other adults in receipt of job seekers allowance (income based), a charge of £6.60 is proposed instead of no charge as at present.

The current deduction rates applied to council tax benefit in 2012/13 and the proposed rates for the council’s local CTS scheme are shown in Appendix C.

Principle 5: Better off claimants should pay relatively more so that the least well off receive greater protection

The draft scheme proposes to continue to reduce entitlement to help with Council Tax as income / earnings increase. However, it is proposed that the calculation of this is adjusted so that the rate at which Council Tax Support reduces where weekly income exceeds basic living needs is 30p in every pound rather than the 20p currently applied. This is referred to as the taper and it is often expressed in proportionate terms. It is currently 20% per week for the existing Council Tax Benefit scheme and will become 30% per week under the proposed Council Tax Support scheme.

Principle 6: Benefit should not be paid to those with relatively large capital or savings
At present, working age claimants with savings and investments above £16,000 are generally not entitled to council tax benefit.

Our proposal is that working age claimants with capital such as savings and investments amounting to over £6,000 shall not be entitled to council tax support

Feature 2: Rate of allowances and premiums to be frozen at 2012/2013
levels
Premiums and personal allowances used to determine basic living needs for a claimant and their family when calculating entitlement to CTS shall be held at the rates applied for 2012/13.

For practical purposes the most valuable document is probably worked calculations for particular circumstances and so I have made that available below:

I would welcome a report of guest blog from anyone who was at Friday's meeting. Send to mafran@globalnet.co.uk
Posted by Martin Francis at 15:17:00

Since posting someone has remarked that reducing the savings allowed to get council tax support from £16,000 to £6,000 will impact on those saving for a deposit on a house - increasing need for social housing.

most people know that if they play with fire they will end up getting burned and in alot of pain...politicians are like fire on legs...it's little wonder when people deal with them they end up hurt.