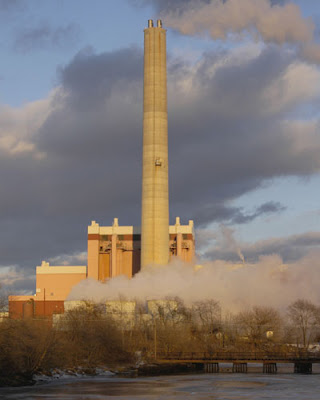 With air pollution a constant concern in London, and particularly in Brent, readers may wish to ask our local members of parliament to sign Early Day Motion 383 on 'Zero waste strategies, recycling and incineration'. With possible incinerators at Brent Cross and Park Royal the quality of our air and its impact on the young, unwell and elderly is a vital local issue.

That this House notes the European Parliament's adoption by a large majority, on 24 May 2012, of a resolution on a Resource Efficient Europe, which commits to working towards a zero waste strategy and the Parliament's call on the Commission to bring forward legislative proposals, by the end of 2014, to ban both landfill and the incineration of recyclable and compostable waste in Europe, by 2020; further notes growing evidence of incinerator overcapacity in the UK by 2015, which seriously risks harming recycling performance, as has already happened in some European countries; further notes UK figures showing a steady and significant decline in residual waste since the middle of the last decade - even allowing for the economic recession - and rising recycling rates; acknowledges the impact that these developments will have on the economic case for, and environmental sustainability of, mass-burn incinerators in the UK within a decade; and calls on the Secretaries of State for the Environment, Energy and Climate Change, and Communities and Local Government, and the Financial Secretary to the Treasury to work together to examine how government policy can positively facilitate the pursuit of zero waste strategies, and to report to Parliament on their findings as a matter of urgency, as many local communities across the country are currently opposing their local waste authorities' costly, environmentally damaging and unsustainable plans to build mass-burn incineration plants.

to look to MP's for a solution to the pollution problem in Brent alone is comparable in my opinion to expecting the Devil to lead the human family to god...that is never going to happen.
the pollution problem is like the problem with smoking it is man made and over the centuries humans have shown themselves to be experts @ causing problems and very bad @ solving them.
perhaps a gentle reminder that the earth is actually our home might be a good way to start?
but I reason that when you have a situation in which despite the sad and shameful reality that 130,000 people in Britain alone are needlessly dying from the effects of the smoking and the government's response is that because smoking has been socially accepted in Britain for 400 years, therefore they (the government) do not believe that banning smoking is the way forward and therefore will not do it.
well when you have a so called government with a unrealistic and unhelpful negative attitude, should we be be surprised to see that they have let our home become polluted and dirty?
they only care about themselves and money but judging by the mess this country is in they are not even good looking after the thing they love the most.