Cameron abandons Tories to stand for UKIP in election 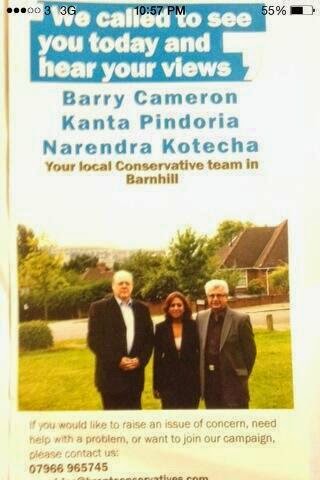 Barry Cameron, the recently announced UKIP candidate for Queensbury ward is a former Tory and member of the Tory's Barnhill Action Team.

His choice of ward is interesting because several Brent Conservatives are unhappy with the current Conservative Action Team in Queensbury who have been actively trying to build up support in the local elections by actvely backing Narendra Modi in the current Indian election.