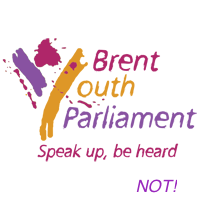 The out-sourcing of the remnants of Brent's  youth services which will be left after savage cuts was approved by the Brent Cabinet tonight with barely a murmur of opposition.  It was in stark contrast to the fightback by youth in the last major round of cuts in 2011 LINK

Cllr Wilhemina Mitchell Murray from the public gallery asked why a solution had not been found similar to that for the Children's Centres which would have preserved the jobs of Brent's skilled youth workers. Cllr Butt made a rambling and incoherent response.

Cllr Roxanne Mashari hoped that the youth workers might make proposals during the procurement process.

Cllr Pavey feared for the future of the Poplar Grove Youth Centre in Chalkhill (it is in his ward) and said that he had been impressed by the high regard in which it was held by local youth.  He also praised the Brent Youth Parliament which has been spared the axe while at least two centres and possibly three are to be closed. BYP officers were present but did not contribute to the discussion, although they had attended a Scrutiny Committee discussion.

Following on from the closure and demolition of the Stonebridge Adventure Playground, whatever the gloss the Council PR team try and put on it, the decision marks a new low point for the youth of the borough.

"Cllr Butt made a rambling and incoherent response."

Interesting. Wembley give spares to Brent - or at least they used to - but surely those could have been actually sold to real fans. I can't imagine they think it adds prestige to the match to have some random councillors there.

They should give the tickets to the poor, elderly, youth and disabled....not keep for themselves