Whose Wembley? Is Quintain delivering for local people?

The PR and the actuality of the regeneration of the area around Wembley by Quintain Estates (taken over by a US private finance company in July sometimes seem at odds.

On the ground as the video shows the new developments seem cluttered and clashing and the amount of high rise more than originally expected. 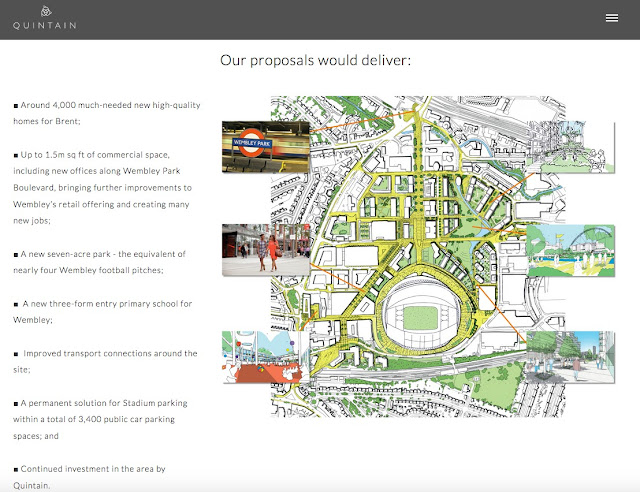 Quintain could argue that you cannot judge the development until all phases are completed. Certainly true regarding the open space but I had a look today at the 'Alto' housing development.

I was shown a 2 bedroomed flat price £515,000 for a lease of 299 years (apparently the last one sold for £485,000) . The small print showed that in addition to this there is a ground rent of £500. A 'Reservation' deposit of £2000 is required and then 10% deposit payable within 21 days of exchange of contracts, a further 10% deposit from the initial exchange and, and the 80% balance due on completion.  The service charge will include  24 hr concierge and security, building insurance, garden maintenenace and use of the resdients' gym. It is estimated at £3.65 per sq feet per annum which works out at about £2,858 per annum for a 783 sq foot 2 bedroomed apartment.

The apartment itself seemed nothing special. The rooms were small and there was little storage built in. I was unable to find out what happened to waste disposal.

But really it isn't the apartment itself that is being sold but its location and life style:


Wembley Park is home to the iconic Wembley Stadium the SSE Arena Wembley and the Hilton London Wembley.

Savvy shoppers will find retail heaven in the super smart London designer Outlet where there are 50 fashion brands of generously discounted prcies, 20 restaurants and coffee shops and a 9 screen 1800 seat cinema comple. The new Wembley Theatre, an innovative revolving auditorium with 1300 seats, opens in May 2016.

There were only a few apartments left unsold from this phase of the development. This is a plan for one of the two-bedroomed apartments: 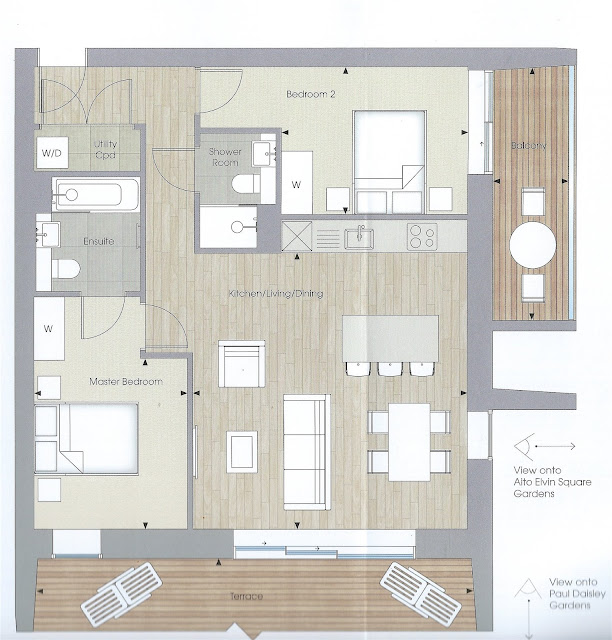 Clearly the question of affordability comes up even for those in full-time work. The median gross weekly pay in Brent in 2013 was £537.50 compared with the London average of £613.50. Zoopla issued the following housing statistics last week. House price rises and rent increases in Brent are amongst the highest in London. 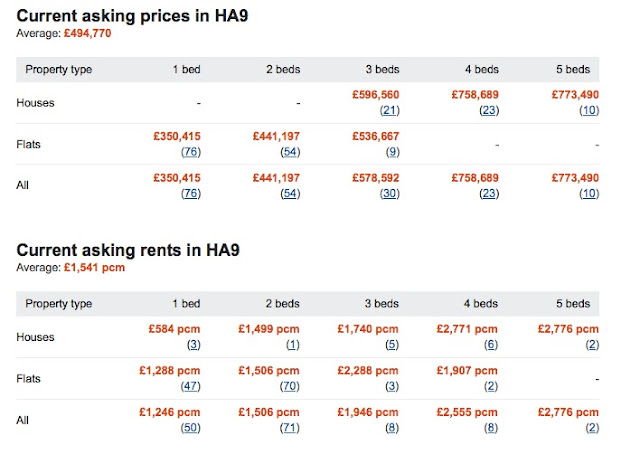 
We are committed to building homes that meet the lifetime homes standard and follow the GLA’s housing design guidance. Discussions are underway with Brent Council regarding priorities around borough-wide infrastructure and affordable housing.

At Brent Connects Meeting last night Quintain made a presentation on their master plan. In which they stated, that they would build 750,000 metres of Office Space along Wembley Boulevard across the road from the LDO, removing the current Childrens Play Park and surrounding outside space which has housed the winter ice rink and TV screen where people could watch Wimbledon, which will render the Boulevard devoid of any views of the stadium, and replace it with High Rise Office Blocks which seems crazy as it would appear that Wembley doesn't need any office space as most are being converted in to Flats, or demolished to make way for new housing developments i.e Brent House. 7 acres of Park which will house 2 multigames areas, and a lake - I prefer to call it a water feature as I can't see any ducks or canadian geese taking up residency in the concrete urban jungle, is an absolute joke. Especially as it will be owned and maintained by the developer there is no guarantee that the general public will have access indefinitely. This will be be sited on the current Wembley Retail Park to the east of the stadium and also reduce the parking area currently used for coaches. The new Primary School will be sited in what is now York House Car Park.
Having spent the past 30 years knocking down all the High Rise Flats in Stonebridge, they have effectively creating the same in Wembley City, so good luck with selling the location and lifestyle, because we are all aware of what happened there.

Don't be so parochial, Martin. Quintain and whichever bunch of philanthropists bought it will have delivered very well for the investors of Singapore and Hong Kong and the money-launderers who will now have affordable homes for their dodgy money to live in.
Not entirely connected, but for an insight into the way 'developers' operate, this is worth a read, with particular relevance to Kensal Rise library and, particularly, The Queensbury. Nice people:

The clues in the name of the local tube station - they should turn the area back into a park.