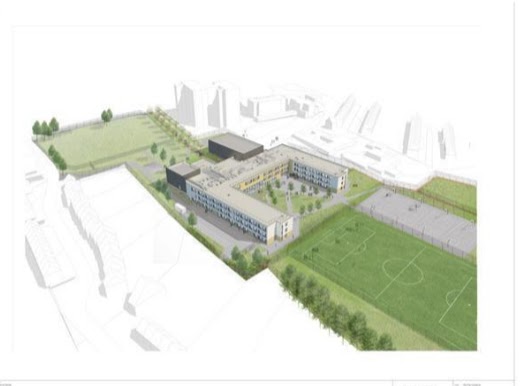 A resident asks on the Brent Planning Portal whether the frontage of the new Ark Elvin school building will be as in the artist's sketch above, which is on the documentation to be considered.

The short answer appears to be 'no' if one refers to the Wembley Area Action Plan:
HERE