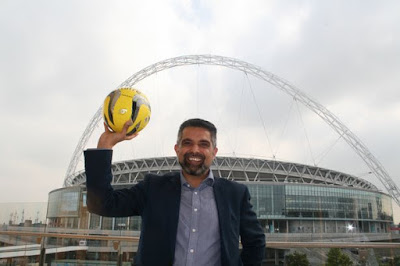 Carolyn Downs, Brent Council CEO, has responded to my request for clarification on the Council Leader’s right to speak on the Spur’s/Wembley Stadium Planning Application tomorrow evening:


Cllr Butt is entitled to speak at the planning committee in his role as a ward member representing the views of the residents of Tokyngton ward on this planning application.

The issue was also taken up with Carolyn Downs by Cllr John Warren, Brent Conservative Group:


I understand that Cllr. Butt intends to address the meeting in support of the application from Spurs re.Wembley Stadium .

If true, I find this outrageous and is a clear conflict of interest.  I recognise that he is a Tokyngton ward councillor, but there are two other members of his ward. I do not believe that Cllr.Butt has spoken in the past few years at planning  on the numerous Quintain applications that have been made in his ward.....for obvious reasons. As a cheer-leader, and leader of Brent Council, it would be totally inappropriate for any involvement from him at planning.

Brent was recently on the receiving end of a savage report from PWC regarding all aspects of the planning process. Surely, Brent should be conscious of the need to have a process that is  not only  totally fair and even- handed  but seen by a “reasonable person “ to be fair and even-handed.

I believe that Cllr.Butt speaking at the meeting would jeopardise any belief  that this controversial planning decision will be dealt with fairly....having the Council leader attempting “ undue influence “ on the committee members is hardly a fair approach.


As you know Cllr Butt is entitled to address the planning committee as a local ward member and raise issues that are specific to his role as a local member representing the views of the residents in Tokyngton ward.

It will be interesting to see how Cllr Butt maintains the separation between representing the views of residents, his own views amd his views as Council and Labour Group leader tomorrow evening.

This is what the Brent Constitution says about the Committee’s deliberations:

38.        Members of the Planning Committee should not speak to members of the public (including applicants, agents and journalists) during a meeting of the Planning  Committee or immediately prior to or after the meeting concerned, other than where permitted by this Code or Standing Orders.

41.        When questioning members of the public or the applicant who have spoken at a meeting of the Committee, members of the Planning Committee shall ensure that their questions relate only to planning matters relevant to the particular application, and the question should not be party political.

Brent's Chief Executive is correct in her statement to you, but I would repeat it with the following emphasis (in block capitals, as I can't use bold type in the comments facility):

'Cllr Butt is entitled to speak at the planning committee IN HIS ROLE AS A WARD MEMBER REPRESENTING THE VIEWS OF THE RESIDENTS OF TOKYNGTON WARD on this planning application.'

However, given his position as Council Leader, it would be better, and would be seen to be fairer, if he left the role of representing the views of Tokyngton residents to his fellow ward councillor, Ketan Sheth, who has more experience of planning matters than Cllr. Butt.

What was Warren doing referring to 'a savage report from PWC'? Given PWC's reputation that's almost an argument in Brent's favour.

As Leader of Bent Council Butt is for THFC having 90,000 per event as all additional cost's will be born by THFC and FA.
If they fail and without planning permission settle for 51,000 per event, London Borough of Bent will bear all additional costs for policing and clean up??? Did I hear that correctly.
However if Cllr Butt truly represents residents in his Tokyngton Ward then surely he will have to voice his Objections, as many of his ward residents and associations have already voiced their objections.....will he be seen to have any integrity? Book me a front row seat. This I have to see.

Not only does Ketan have far more experience, he is also impartial and honest. That's based on his being on a committee I chaired. A good egg.

I sent an email to Cllr. Butt yesterday (22 March at 19:26), with copies to Carolyn Downs and Cllr. Ketan Sheth. I included the text of my comment above, and hoped that he would act on my advice.

If Cllr. Butt gets himself into trouble by speaking at Planning Committee and pushing his own views, rather than those of his Tokyngton residents, he cannot honestly claim that he was not warned.

In fact he did not speak - had he done so he would have had to declare any interests and confirm who had lobbied him. Both Cllr Butt and his other colleague for Tokyngton had written statements read by Councillor Officers. As far as I can see the Brent Council's standing orders make no mention of written statements - espeically as both Councillors were actually in the building.

More importantly neither Councillor could not be asked by the Chair of the Meeting to declare any interests and if they had been lobbied by anyone. This seems very odd as declaring an interest before speaking on an item is important for transparency but was clearly bypassed by making a written statement which it would seem the Council's Standing Orders do not permit anyway.
The whole Planning Process in Brent has been undermined by allowing the Council's Leader to bypass proper procedures.