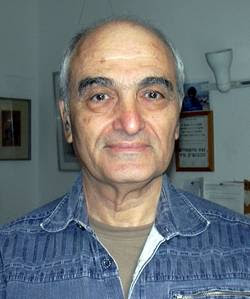 Hampstead and Kilburn Constituency Labour Party have strongly backed demands for the reinstatement of Moshe Machover who was expelled from the party for alleged anti-semitism and support for another party.

Hampstead & Kilburn CLP  passed  the motion below overwhelmingly on October 18th: 58 for, none against and 8 abstentions.
The motion is to be sent to the leader of the Labour Party, the National Executive Committee (individually), the National Constitutional Committee (individually), the Head of Disputes and Professor Machover.
This CLP is outraged that:
·         Professor Emeritus Moshe Machover has been expelled from the Party.  Professor Machover is Jewish and Israeli, the distinguished co-founder of Matzpen, the socialist organisation which from the 60s to the 80s brought together Arab and Jewish opposition to the illegal occupation of Palestine;

·         the Head of Disputes has accused Prof Machover of writing an “apparently antisemitic article” according to the new IHRA definition, and further accused him of “membership or support for another political party, or a political organisation with incompatible aims to the Labour Party”.

This CLP notes that:
·         The Chakrabarti Inquiry found that the party’s “. . . complaints and disciplinary procedures . . . lacked sufficient transparency, uniformity and expertise . . .” and called for “the vital legal principles of due process (or natural justice) and proportionality”.
·         The IHRA definition is being monitored by Camden Council to ensure that it is not used to stifle free expression and criticism of Israeli policies.
·         Prof Machover who denies the accusations, has not been given the opportunity to challenge neither the accusation of antisemitism nor his alleged support for another party or organisation.
·         This expulsion is a frightening precedent in a party which is working to be more democratic and called for, in the words of its leader Jeremy Corbyn, ‘support to end the oppression of the Palestinian people, the 50-year occupation and the illegal settlement expansion’.
This CLP therefore calls for:
·         Prof Machover’s expulsion to be immediately rescinded; the letter informing him of his expulsion to be immediately rescinded; and for any allegations against him to be investigated in accordance with due process to take place so that he is given the opportunity to challenge the claims of the Head of Disputes.

·         And further calls on the Labour party to protect the right of members to contribute to the political debate across numerous platforms, without expressing support for other political parties or views contrary to the values of the Labour party.