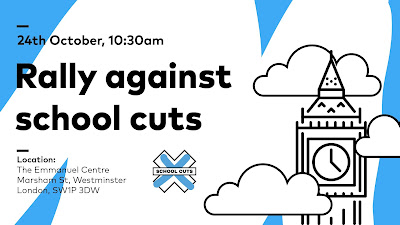 From the National Education Union

Join parents, heads, teachers and support staff and community leaders at a rally to call on the government to reverse school cuts and fairly fund schools. Show your support for the mass lobby of MPs which has been organised to put pressure on the chancellor to take action on funding ahead of next month's budget. The rally starts at 10.30 but if you simply want to show your support at the rally, there will be further events at 12.30. 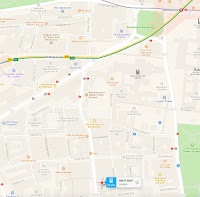 At the morning rally we have the following speakers:

At 1pm, the programme of speakers will include:

Because of shortfalls in funding, 88% of schools are still facing real-terms cuts despite Government announcements about more money going into the system.

That means less for our children and young people, bigger classes, fewer teachers and staff, a reduced curriculum and parents plugging the gaps.

Hundreds of parents and school staff will be lobbying their MP on the day. To find out how, see https://neu.org.uk/funding
Posted by Martin Francis at 11:20:00