Wembley Park: The Money Under Our Feet 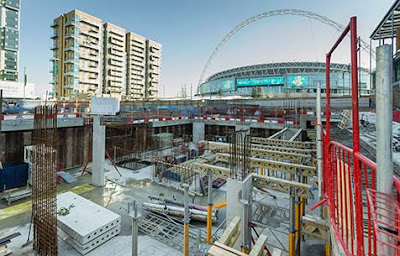 There have been many postings on this website about Quintain's Wembley Park 'regeneration' and even more comments, particularly as the development has accelerated recently eating up warehouse and industrial units and apparently squeezing tower blocks into any spare space. In this guest posting Dilan Tulsiani stands back and considers the implications for local people as well as the locality itself.
HERE