The Boundary Commission's proposal for revised parliamentary constituency boundaries were published today. They are unlikely to be approved due to Labour opposition and that of some Tory MPs who would lose outif the proposals were implemented.

If they were to be approved Brent would be represented by five different MPs compared with the current three (Tulip Siddiq, Dawn Butler and Barry Gardiner). Only Wembley and Willesden and Shepherds Bush constituencies would have a majority of Brent wards. Only Wembley would be Brent wards only. Full details HERE 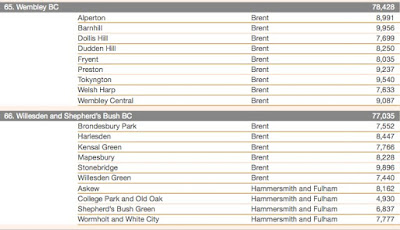