As we have heard this week the Government wants to get rid of the Freedom of Information Act, although they haven't quite said it so bluntly.

As far as Brent Council is concerned is seems they have already adopted their own Obfuscation of Information Act.

Glynis Lee, puzzled over the sudden change of policy by Brent Council in Summer 2014 - at a first meeting Brent Council officers informed the Brent Play Association that the Stonebridge Adventure Playground was to be rebuilt, with a new building and perhaps slightly less land but then, at the next meeting, told them they would be closed.  An excited architect named Fred Eastman of South Stuio Architects had shown them his plans for the Playground at the first meeting.

At the same time Brent Council decided to end funding for the Playground.  Their own consultation report later admitted that 80% of consultation respondents wanted to keep the playground, but this was followed by Cllr Ruth Moher stating at a Cabinet meeting that 'you can get anyone to sign a petition'.

Wanting to unravel all this Glynis had put in a Freedom of Information request that the Council refused to answer. She then asked for a review and this was the response. 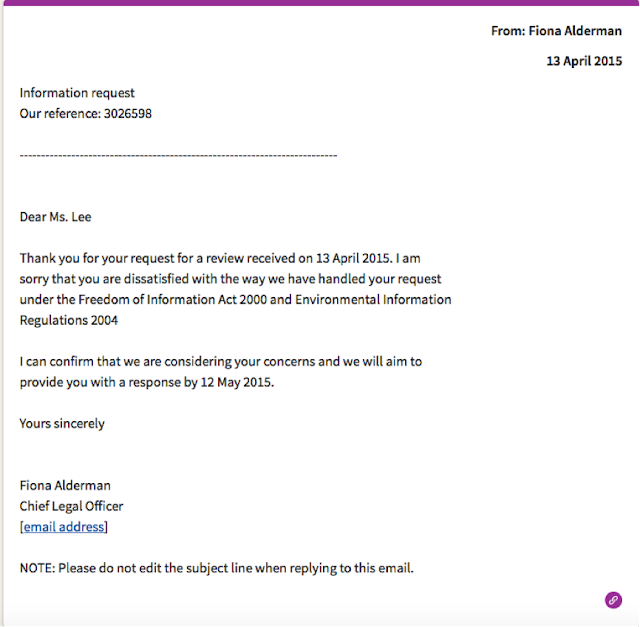 Note the promised reply by  12th May 2015.  In fact it did not come until July 8th and had been apparently arbitrarily changed from an FoI request to an Environmental Information Regulations request.

This is Fiona Alderman's reply: