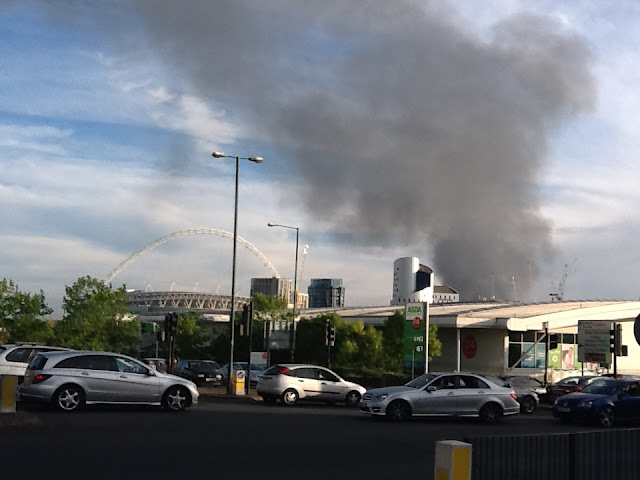 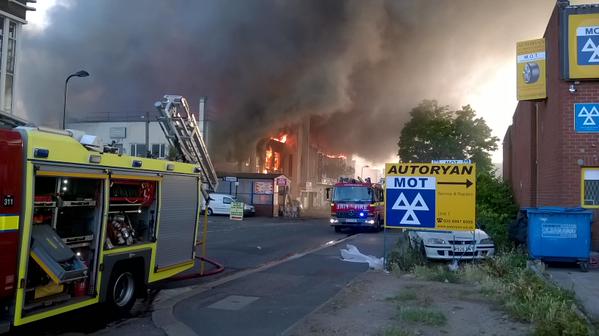 The source of the thick plume of black smoke over Wembley is a warehouse fire in Wadsworth Road, Perivale.


Around 100 firefighters and officers are currently tackling a fire at a warehouse ( mixed factory units) on Wadsworth Rd, Perivale.

All of the roof and the first floor is currently alight.

The fire is producing a lot of smoke and the Brigade has advised locals to keep windows and doors shut.

15 fire engines are at the scene including engines from Heston, Northolt, Chiswick, Wembley, Park Royal, Ruislip and Ealing fire stations.

i can see black smoke in the sky from stonebridge

They can now use the site as a HS2 depot.

Thank you to all the firemen (and the lady-firemen, as we used to say when we were little!!).