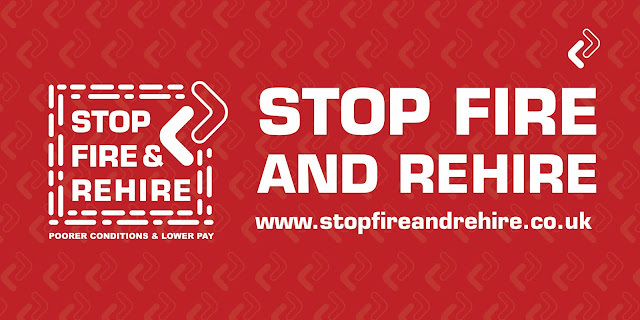 Brent Council last night unanimously backed Barry Gardiner's Campaign to end the practice of 'Fire and Rehire' - the method employers use to reduce their costs by sacking workers and re-eemploying them on on reduced wages and worsened conditions of service.

Conservative councillor Michael Maurice remarking that he did not often agree with Barry Gardiner supported the motion saying that some corporate employers were bullies.

The Stop Fire and Rehire Campaign is building cross-party support in Parliament ahead of the Bill's next stage which  takes place on Friday October 22nd.

As well as declaring support the motion also included practical steps to be taken by Brent Council:

This council notes the unethical use of the fire and rehire tactics by certain employers, forcing their staff to accept unfair terms and conditions, leaving many having to work longer hours and for lower pay.

While the Prime Minister has called this “unacceptable” he has continually refused to take action to outlaw the practice, raising concerns that he will not intervene in this race to the bottom by some employers. This council notes that this practice has been rejected here at Brent as is specifically outlined in the procurement strategy. Furthermore, we have ensured all our service providers abide by these terms.

This council stands with the campaign that has been promoted by our local member of parliament, Barry Gardiner MP who has spotlighted this unsavoury practice, working with trade union partners to defend the right of workers against unscrupulous employers. Workers should not be scapegoated to carry the burden of lost profits.

This council therefore believes action is required to ensure local residents are protected against such unethical practices and agrees:

(1) To request that the Leader of the Council write to the Prime Minister demanding the full protection of employees subject to these terms and conditions.

(2) To continue to encourage fellow councils to exclude from their authorised list of suppliers any business’ using these Fire and Rehire Tactics and to update their procurement and social value policy to reflect that of ethical practices.

Furthermore we call upon them to update existing contracts with suppliers in accordance with this commitment.

(3) To continue to foster good working relationships with Trade Unions here at Brent.

(4) To work with our anchor institutions and key partners to bring forward plans for the introduction of a local employer charter for companies to work toward with Trade Unions. This should include worker rights, support for the TUC Great Jobs’ agenda and with the real living wage campaign at its heart. Brent council notes its records as a good and ethical employer, and truly believes that all workers deserve well-paid secure and meaningful work.